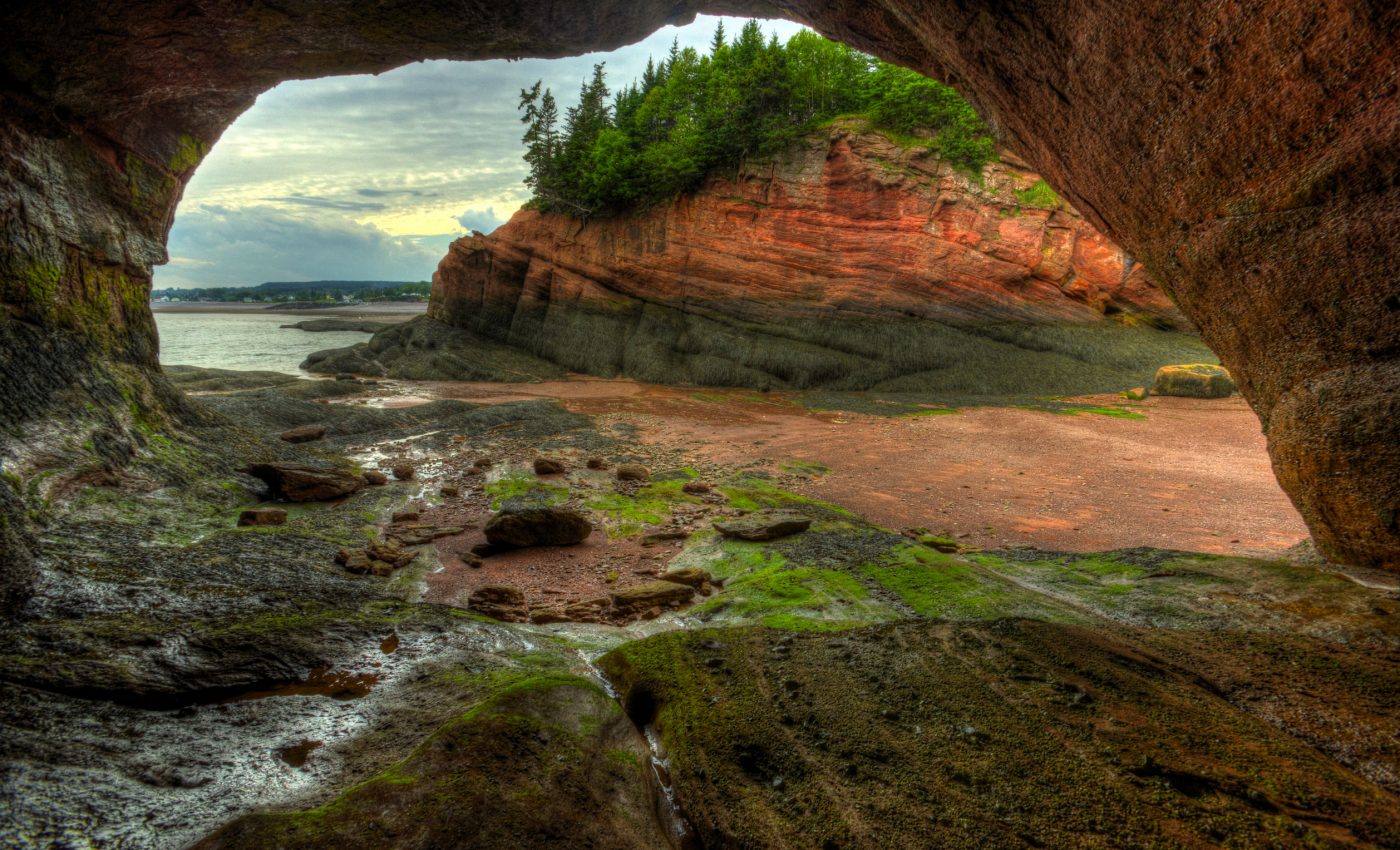 Halifax, Nova Scotia and Bay of Fundy are featured in this image, acquired May 30, 2006 by the MODIS on the Aqua satellite. Nova Scotia, a Candian province, is the long peninsula that runs diagonally across the image. Just north of Nova Scotia is the small U-shaped Prince Edward Island – the setting for LM Montgomery’s Anne of Green Gables.

The capital of Nova Scotia, Halifax, is located on the eastern coast of the peninsula. It is a small white-gray area on the satellite image. The Bay of Fundy is on the western side of the island. Note the reddish coloration near the northern coastline – this is due to sediment in the water caused by the tides. The Bay of Fundy has the highest tides in the world – the water can rise and fall as much as 50 feet each day! During each tidal cycle, huge quantities of fine sediments are brought in to flood the coastal area. Much of the sediment remains in the sheltered areas along the coast, forming the famous red mudflats of the upper Bay.