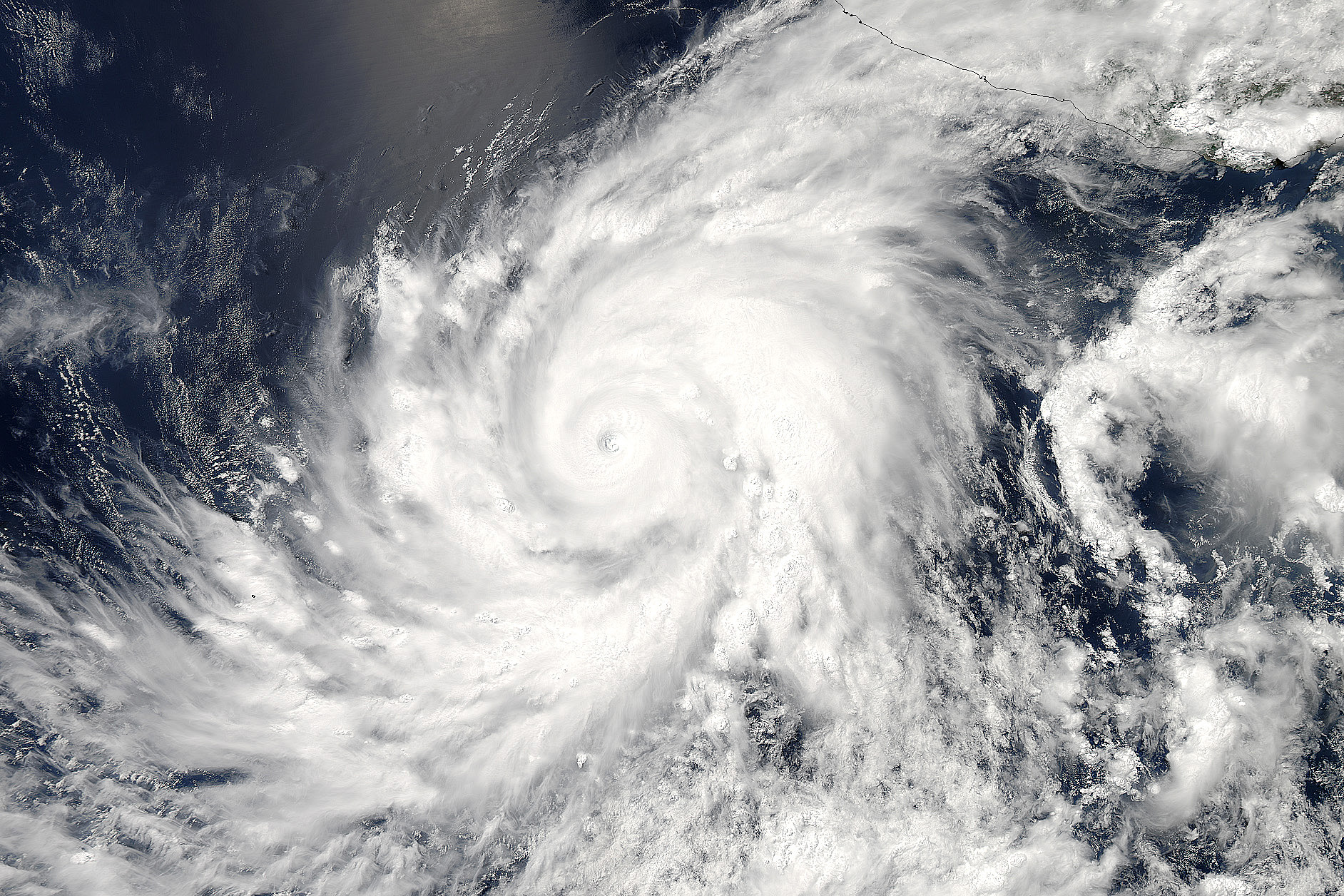 At 1:35 p.m. local time (20:25 Universal Time ), on June 3, 2015, the Moderate Resolution Imaging Spectroradiometer (MODIS) on NASA’s Aqua satellite acquired this natural-color image of Hurricane Blanca off the coast of Mexico. The storm is the earliest second hurricane on record for the eastern Pacific Ocean. After intensifying rapidly, Blanca then weakened while passing over an area of upwelling.Forecasters expect the storm to strengthen as it moves north in the coming days.

Hurricane Blanca was the earliest recorded tropical cyclone to make landfall in Baja California in 2015. Forming as a tropical depression on May 31, Blanca initially struggled to organize due to strong wind shear. However, once this abated, the system took advantage of high sea surface temperatures and ample moisture. After becoming a tropical storm on June 1, Blanca rapidly intensified on June 2–3, becoming a powerful Category 4 hurricane on the Saffir–Simpson hurricane wind scale; maximum sustained winds reached 145 mph (230 km/h) at this time. The hurricane’s slow motion resulted in tremendous upwelling of cooler water, resulting in a period of weakening. Blanca gradually recovered from this and briefly regained Category 4 status on June 6 as it moved generally northwest toward the Baja California peninsula. Cooler waters and increased shear again prompted weakening on June 7 and the system struck Baja California Sur on June 8 as a weak tropical storm. It quickly degraded to a depression and dissipated early the next day.