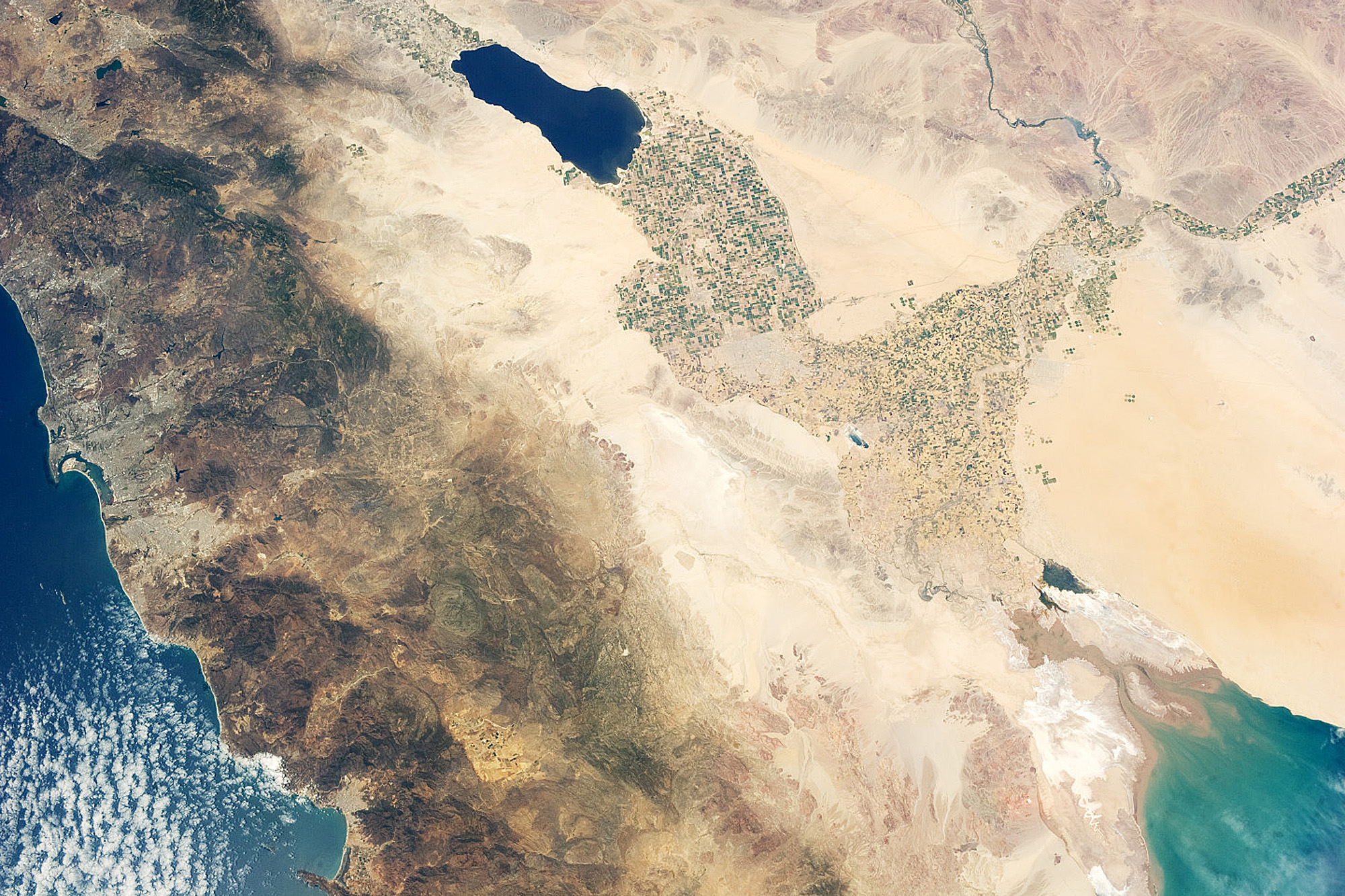 The Imperial and Coachella Valleys of southern California, and the corresponding Mexicali Valley and Colorado River Delta in Mexico, are part of the Salton Trough. This large geologic structure, known to geologists as a graben or rift valley, extends into the Gulf of California.

Sediments deposited by the Colorado River have been filling the northern rift valley (the Salton Trough) for several million years, excluding the waters of the Gulf of California, and providing a fertile environment for the development of extensive, irrigation-aided agriculture in the region (visible as green and yellow-brown fields at image center).

The Salton Sea, a favorite landmark of astronauts in low-earth orbit, was formed by the rupture of an irrigation canal in 1905 and today is sustained by agricultural runoff water.

A wide array of landforms and land uses in the Salton Trough are visible from space. In addition to the agricultural fields and Salton Sea, several metropolitan areas are visible, including Yuma, Arizona; Mexicali, Mexico; and the San Diego-Tijuana conurbation on the Pacific Coast (image left). The 72-kilometer-long Algodones Dunefield also is visible at image top right.