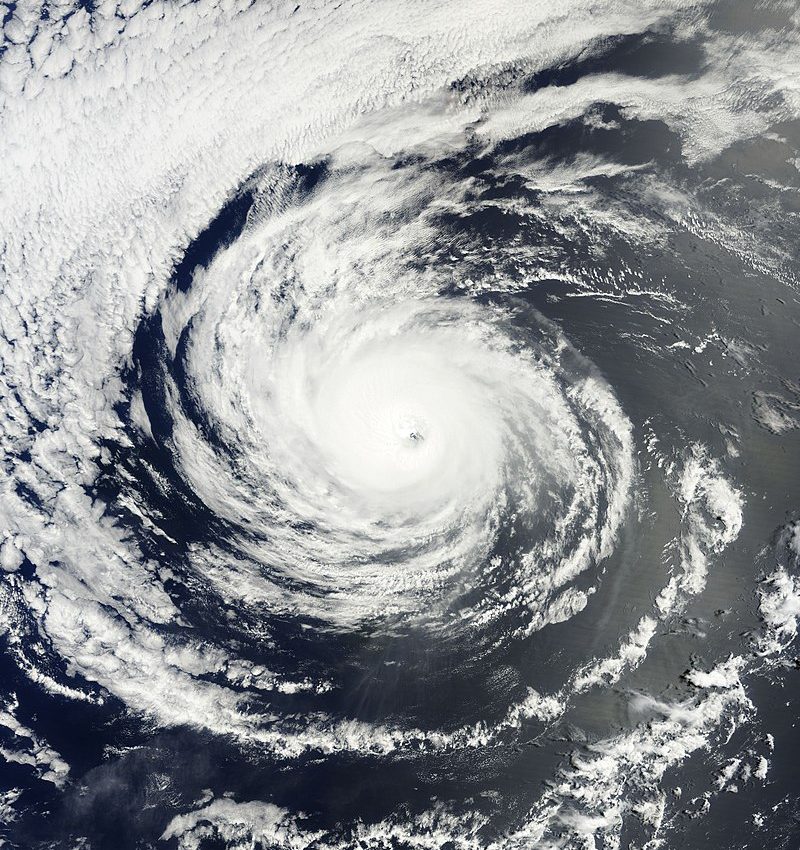 The MODIS instument onboard NASA’s Aqua satellite captured this tue-color image of a rapidly intensifying Hurricane Darby in the eastern Pacific Ocean. At the the time this image was taken Darby had maximum sustained winds 90 knots with higher gusts to 110 knots. Darby was moving towards the west-northwest at 11 knots and had a minimum central pressure of 970 millibars. Darby has a well-defined eye surrounded by a central dense overcast and cloud banding features. The image is available from the MODIS Rapid Response Team in multiple resolutions.

Hurricane Darby was a strong tropical cyclone which affected Hawaii as a tropical storm. The fifth named storm of the busy 2016 Pacific hurricane season, Darby originated from a low pressure area that developed in the Eastern Pacific well southwest of Mexico during July 2016. It gained sufficient organization to be declared a tropical depression on July 11, and was upgraded to Tropical Storm Darby the next day. Further intensification ensued, and Darby became a hurricane on July 13. Over the next three days, Darby slowly strengthened to Category 3 status on the Saffir–Simpson scale, becoming a major hurricane. Cool waters and dry air caused Darby to weaken over the next three days, although Darby managed to restrengthen slightly on July 21 before weakening once again as the storm neared Hawaii. Just after midnight on July 24 (UTC; 2:00 p.m. on July 23 HST), Darby made landfall on the Big Island, and weakened into a remnant low two days later