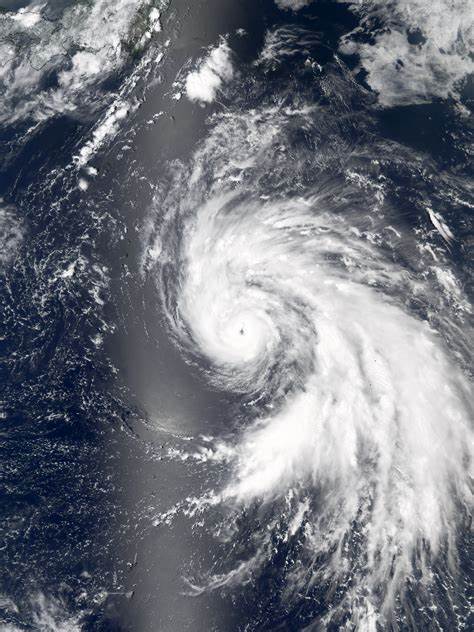 The MODIS instrument onboard NASA’s Aqua satellite captured this true-color image of Typhoon Namtheun churning in the Pacific waters southwest of Hachijojima, Japan. At the time this image was taken, Namtheun had maximum sustained winds of 80 knots with higher gusts to 100 knots and was movind due west at 4 knots.

The scope of this article is limited to the Pacific Ocean, north of the equator and west of the International Date Line. Storms that form east of the date line and north of the equator are called hurricanes; see 2004 Pacific hurricane season. All tropical storms that develop in the western Pacific Ocean are assigned a name by the Japan Meteorological Agency (JMA). Tropical depressions in this basin have a “W” suffix added to their number by the Joint Typhoon Warning Center (JTWC). Tropical depressions that enter or form in the Philippine area of responsibility are assigned a name by the Philippine Atmospheric, Geophysical and Astronomical Services Administration (PAGASA). This can often result in the same storm having two names