Hurricane Frances in the Atlantic 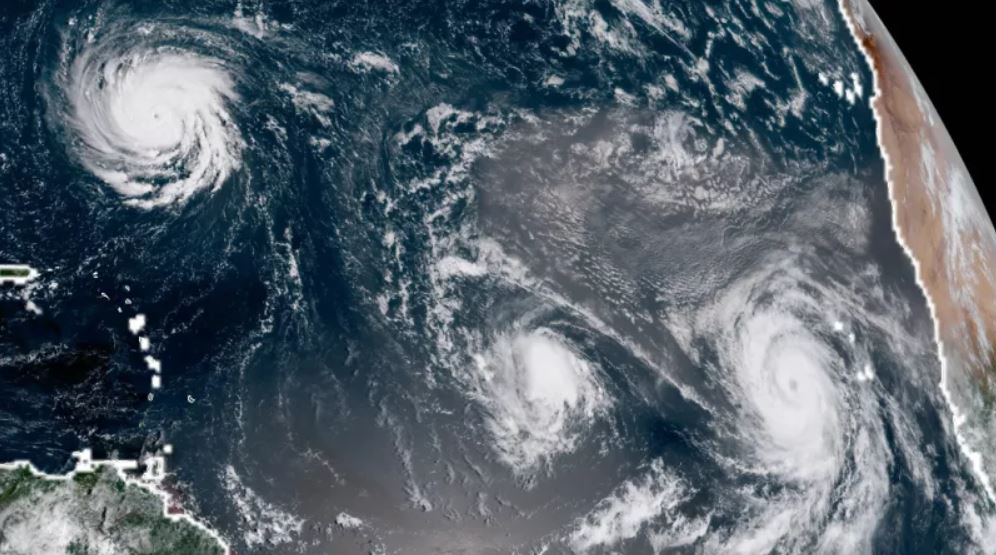 The Moderate Resolution Imaging Spectroradiometer (MODIS) aboard nasa Aqua satellite captured this true-color image of Hurricane Frances churning in the tropical Atlantic Ocean on August 27, 2004, at 16:40 UTC (12:40 EDT). At the time this image was taken Frances was a Category 2 hurricane with maximum sustained winds of 165 km/hr (105 mph) and a minimum central pressure of 970 millibars. Frances was moving towards the west-northwest at 17 km/hr (10 mph).

Hurricane Frances was the second most intense tropical cyclone in the Atlantic during 2004 and proved to be very destructive in Florida. It was the sixth named storm, the fourth hurricane, and the third major hurricane of the 2004 Atlantic hurricane season. The system crossed the open Atlantic in late August, moving to the north of the Lesser Antilles while strengthening. Its outer bands struck Puerto Rico and the British Virgin Islands while passing north of the Caribbean Sea. The storm’s maximum sustained wind peaked at 145 mph (233 km/h), achieving Category 4 on the Saffir-Simpson Hurricane Scale. As the system’s forward motion slowed, the eye passed over San Salvador Island and very close to Cat Island in the Bahamas. Frances was the first hurricane to impact the entire Bahamian archipelago since 1928 and almost completely destroyed their agricultural economy.