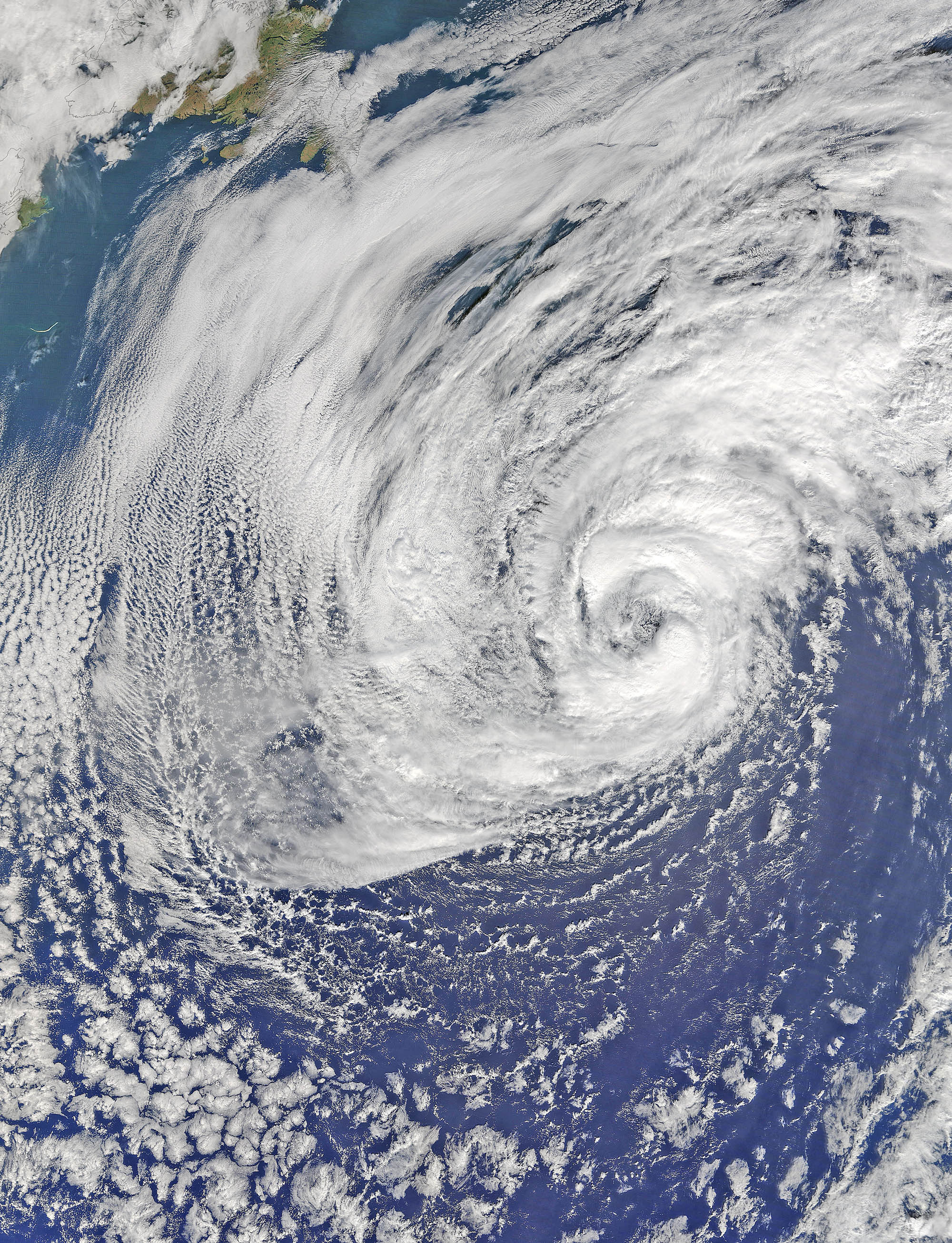 Hurricane Nicole was reluctant to give up hurricane status as it moved northward across the Atlantic Ocean after raking Bermuda.

On October 16, 2016 – four days after the storm drenched Bermuda – the Moderate Resolution Imaging Spectroradiometer (MODIS) aboard NASA’s Terra satellite captured this true-color image of Hurricane Nicole in the North Atlantic Ocean. The storm retained a distinct eye and bands of convection, despite cold sea surface temperatures and adverse conditions.

Near the time this image was captured, the National Hurricane Center (NHC) reported that Hurricane Nicole was located about 175 mi (1155 km) south-southwest of Cape Race, Newfoundland. The storm sported maximum sustained winds of 75 mph (120 km/h), making it a minimal Category 1 hurricane on the Saffir-Simpson Hurricane Wind Scale. It was moving east-northeast at 20 mph (31 km/h).

Nicole is expected to continue producing hurricane force winds while moving northward over the cooler waters of the North Atlantic Ocean. NHC predicts that Nicole’s center will cool and transition to a strong extra-tropical cyclone on October 18 as it heads toward Iceland.

Nicole has left a lasting impression on the ocean as swells from the storm are expected to affect a great deal of coastlines. The National Hurricane Center noted that “large swells associated with Nicole will affect the United States east coast, the coast of Atlantic Canada, Bermuda, the Bahamas, the Greater Antilles, the Leeward Islands, and the Azores islands for the next several days, creating dangerous surf conditions and rip currents. These swells are also likely to reach Europe and the northwest coast of Africa in a day or two.”