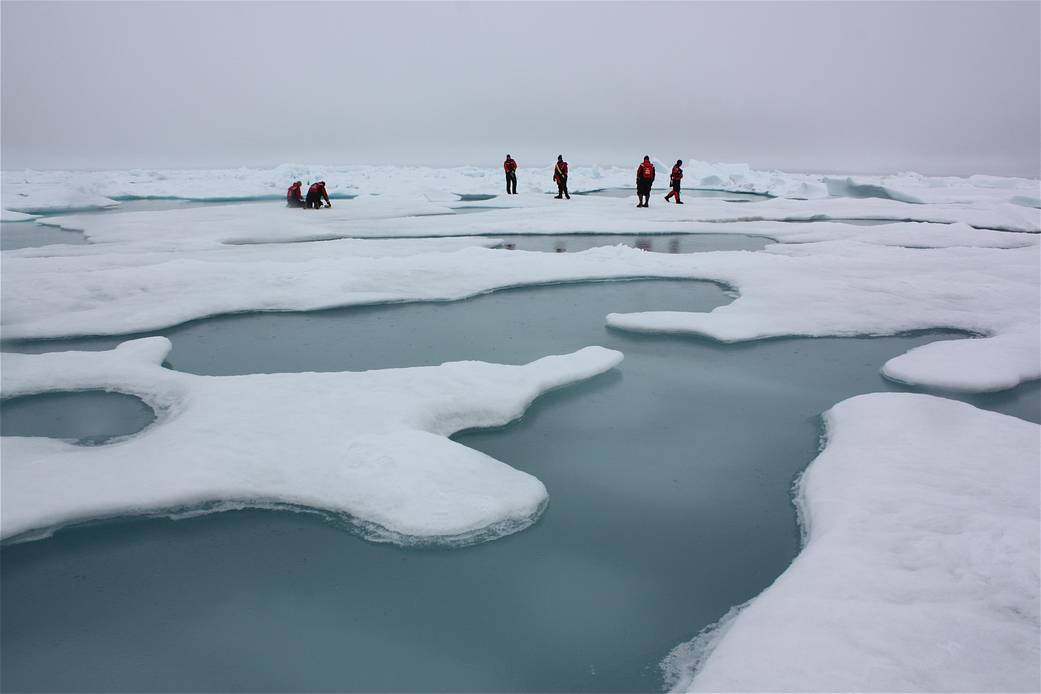 The Icescape terrain for the scientific work conducted by ICESCAPE scientists on July 4, 2010. It was Arctic sea ice and melt ponds in the Chukchi Sea. Also the five-week field mission was dedicated to sampling.

Including the physical, chemical and biological characteristics of the ocean and sea ice. Therefore the Impacts of Climate change on the Eco-Systems and Chemistry of the Arctic Pacific Environment. And or ICESCPE Mission, is a multi-year NASA shipborne project. Also The bulk of the research will take place in the Beaufort and Chukchi Seas in summer of 2010 and fall of 2011.

It is bounded on the west by the Long Strait, off Wrangel Island, and in the east by Point Barrow, Alaska, beyond which lies the Beaufort Sea. The Bering Strait forms its southernmost limit and connects it to the Bering Sea and the Pacific Ocean. The principal port on the Chukchi Sea is Uelen in Russia. The International Date Line crosses the Chukchi Sea from northwest to southeast. It is displaced eastwards to avoid Wrangel Island as well as the Chukotka Autonomous Okrug on the Russian mainland.