The Indus River in Pakistan 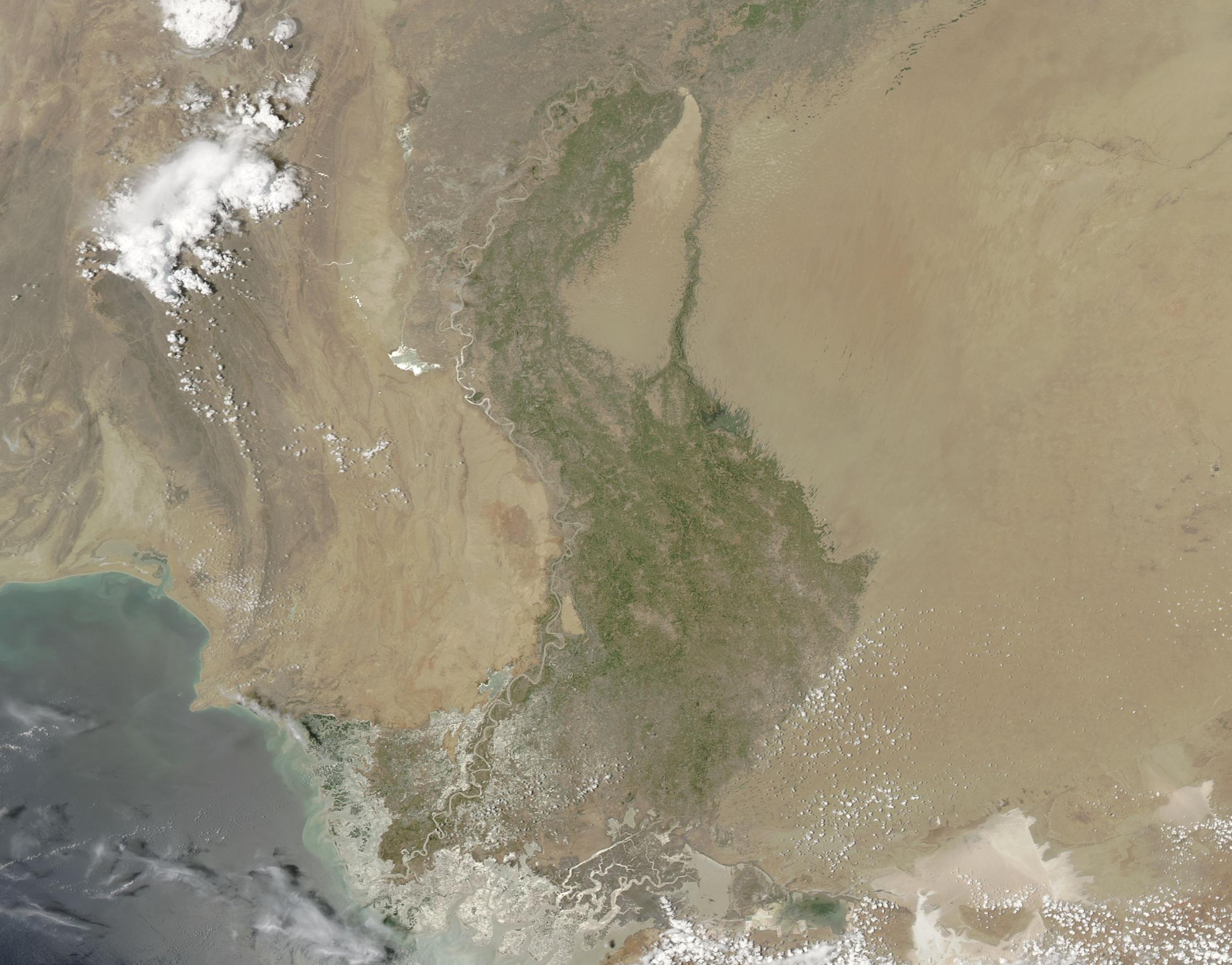 The primary river of Pakistan, the Indus River flows more than 1900 miles (3,060 km) from the Tibetan Himalayas to the Arabian Sea.

The Indus River (locally called Sindhu) is one of the longest rivers in Asia, originating in the Tibetan Plateau in the vicinity of Lake Manasarovar, the river runs a course through Ladakh towards the Gilgit-Baltistan region Hindukush ranges, and then flows in a southerly direction along the entire length of Pakistan to merge into the Arabian Sea near the port city of Karachi in Sindh.  It is the longest river and national river of Pakistan.
The river has a total drainage area exceeding 1,165,000 km2 (450,000 sq mi). Its estimated annual flow stands at around 243 km3 (58 cu mi), twice that of the Nile River and three times that of the Tigris and Euphrates rivers combined, making it one of the largest rivers in the world in terms of annual flow. The Zanskar is its left bank tributary in Ladakh. In the plains, its left bank tributary is the Panjnad which itself has five major tributaries, namely, the Chenab, Jhelum, the Ravi, the Beas, and the Sutlej.

Its principal right bank tributaries are the Shyok, the Gilgit, the Kabul, the Gomal, and the Kurram. Beginning in a mountain spring and fed with glaciers and rivers in the Himalayan, Karakoram and Hindu Kush ranges, the river supports ecosystems of temperate forests, plains and arid countryside.