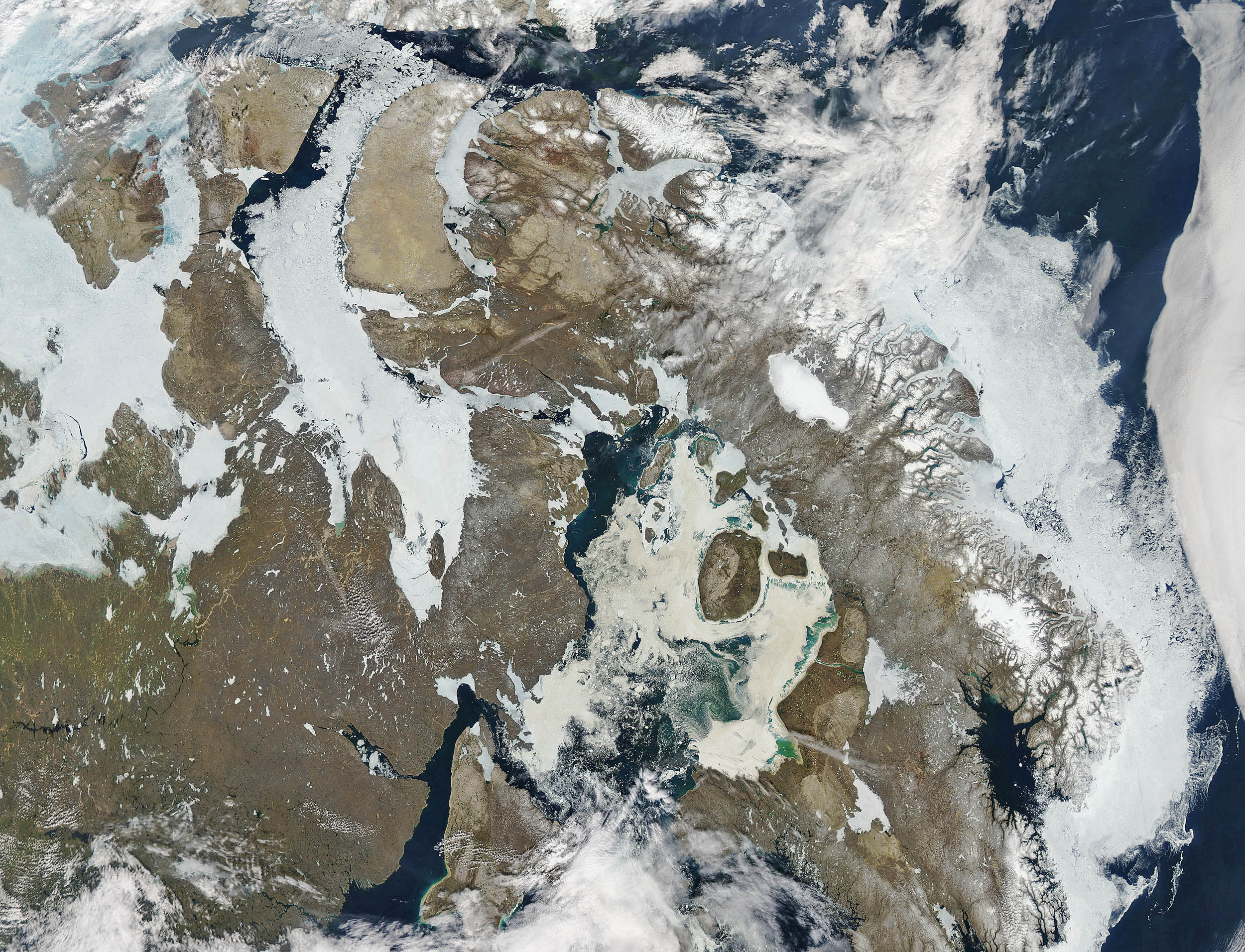 Nunavut, Canada (/ˈnuːnəvuːt/ (listen) NOO-nə-voot, French: [nynavy(t)]; Inuktitut syllabics: ᓄᓇᕗᑦ [ˈnunavut]) is the newest, largest, and most northerly territory of Canada. It was separated officially from the Northwest Territories on April 1, 1999, via the Nunavut Act[9] and the Nunavut Land Claims Agreement Act,[10] though the boundaries had been drawn in 1993. The creation of Nunavut resulted in the first major change to Canada’s political map since incorporating the province of Newfoundland in 1949.

Nunavut comprises a major portion of Northern Canada, and most of the Canadian Arctic Archipelago. Its vast territory makes it the fifth-largest country subdivision in the world, as well as North America’s second-largest (after Greenland). The capital Iqaluit (formerly “Frobisher Bay”), on Baffin Island in the east, was chosen by the 1995 capital plebiscite. Other major communities include the regional centres of Rankin Inlet and Cambridge Bay.

Nunavut also includes Ellesmere Island to the far north, as well as the eastern and southern portions of Victoria Island in the west, and all islands in Hudson, James and Ungava Bays, including Akimiski Island far to the southeast of the rest of the territory. It is Canada’s only geo-political region that is not connected to the rest of North America by highway