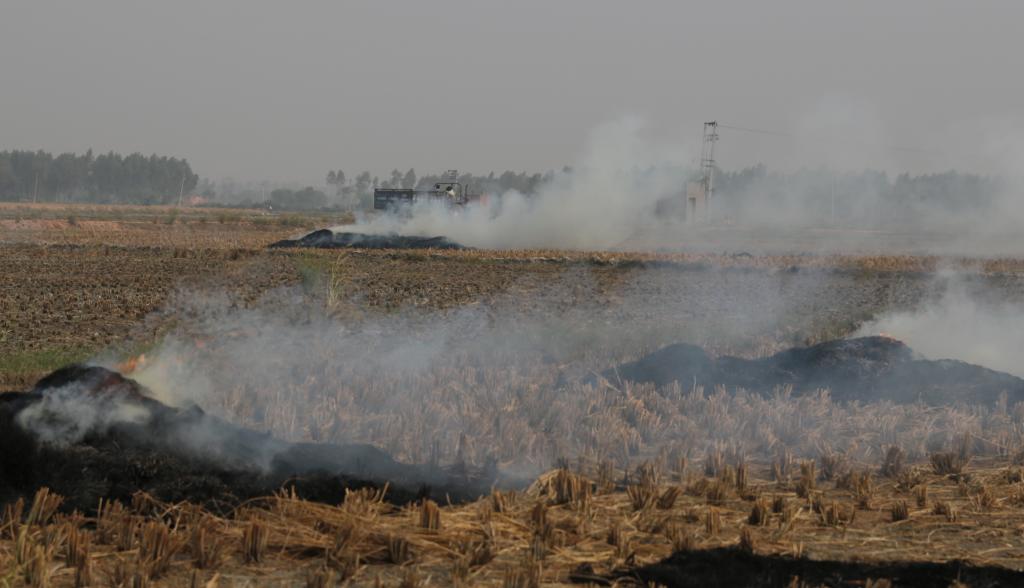 Hundreds of  intense agricultural fires and smoke in Northwest India continue to burn in the Punjab region of India. This area is of India, producing approximately two-thirds of the country´s food is mostly wheat and rice. Farmers use fire to clear the fields of vegetation and to add nutrients to the soil.

The smoke from these fires becomes trapped by the barrier formed by the Himalayas, clearly visible on the right side of this image. Smoke and other particulate matter that linger in the atmosphere is called haze and is a major health concern. Therefore the American Heart Association, they have been linked to heart disease and stroke; prolonged exposure may also be associated with reduced immune system response and cause damage to the lining of the lungs.

Also this area is south of the Kashmir region, which was recently struck by a massive earthquake that killed tens of thousands, left millions homeless, and will likely cost billions of dollars in rescue, repair, and reconstruction operations.