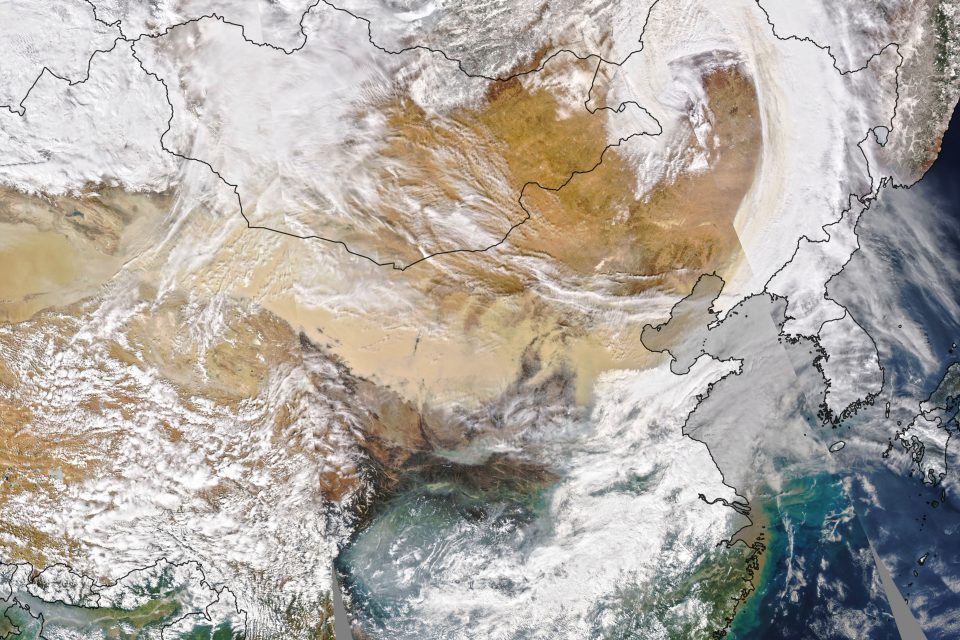 Intense dust storm covers Beijing in thick brown sand Today’s Image of the Day from NASA Earth Observatory features a glimpse of the largest and strongest dust storm to hit Beijing in a decade. In addition to its enormous intensity, the dust storm arrived exceptionally early in the season.

The storm left Beijing covered in thick brown sand on Monday after strong winds blew in from the Taklamakan Desert in northwest China.

According to NASA, the Taklamakan Desert is a major source of airborne dust that can travel especially high and far on the strong winds of spring. The dust moved east for thousands of kilometers from the Taklamakan.

The dust stayed close to the ground, greatly diminishing the air quality in Beijing. The sky turned orange, and visibility dropped to less than 3,280 feet.

Jethva noted that it is uncommon for dust storms to grow so large so fast. There were no signs of dust in satellite images from March 14. A day later, the storm was severe and widespread.

The dust is visible in the image, which was captured on March 15, 2021 by the Moderate Resolution Imaging Spectroradiometer (MODIS) on NASA’s Aqua satellite.