Ol Doinyo Lengai has some of the world's fastest lava • Earth.com

Ol Doinyo Lengai has some of the world's fastest lava 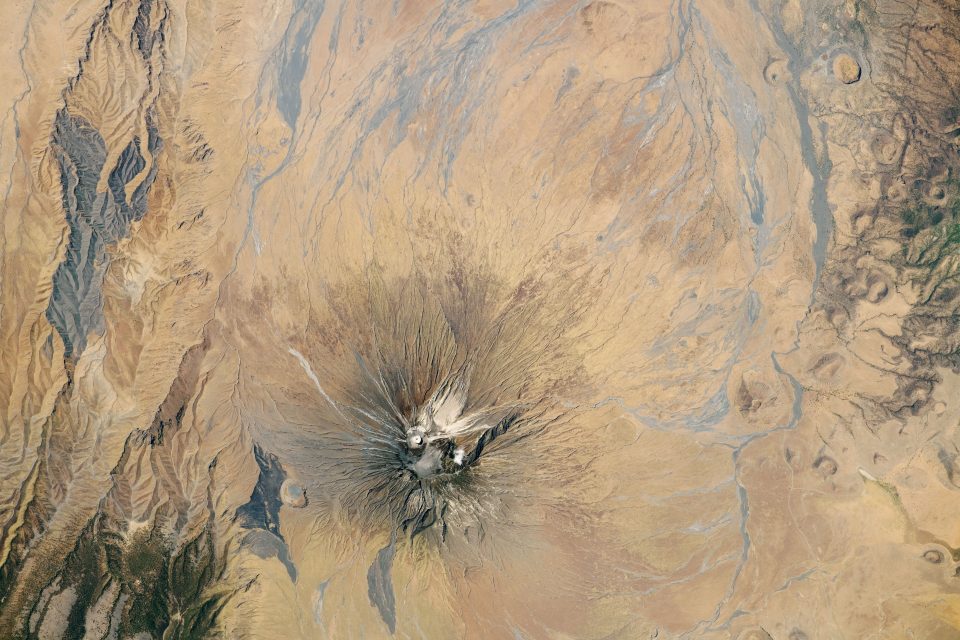 Ol Doinyo Lengai has some of the world’s fastest lava Today’s Image of the Day from NASA Earth Observatory features a unique stratovolcano in Tanzania called Ol Doinyo Lengai, which is known to the local Maasai people as the “Mountain of God.”

The photograph was taken by an astronaut onboard the International Space Station (ISS). It captures lava flows formed by previous volcanic activity. Ol Doinyo Lengai (Oldoinyo Lengai), “Mountain of God” in the Maasai language, is an active volcano located in the Gregory Rift, south of Lake Natron within the Arusha Region of Tanzania, Africa.Part of the volcanic system of the East African Rift, it uniquely produces natrocarbonatite lava.The 1960 eruption of Ol Doinyo Lengai led to geological investigations that finally confirmed the view

According to the ESA, is the only active volcano known to emit natrocarbonatite, a rare type of volcanic rock that is rich in sodium, potassium, and calcium carbonate, but low in silica. The lack of silica gives the lava a lower viscosity, and Ol Doinyo Lengai has some of the fastest lava flows in the world.

The light-colored ash cone and crater that sits on top of the volcano’s summit is the site of its most recent activity.

Ol Doinyo Lengai formed in response to the development of the East African Rift system and has been active on and off for the past 15,000 years. This region of Africa has been tectonically active for more than 25 million years.