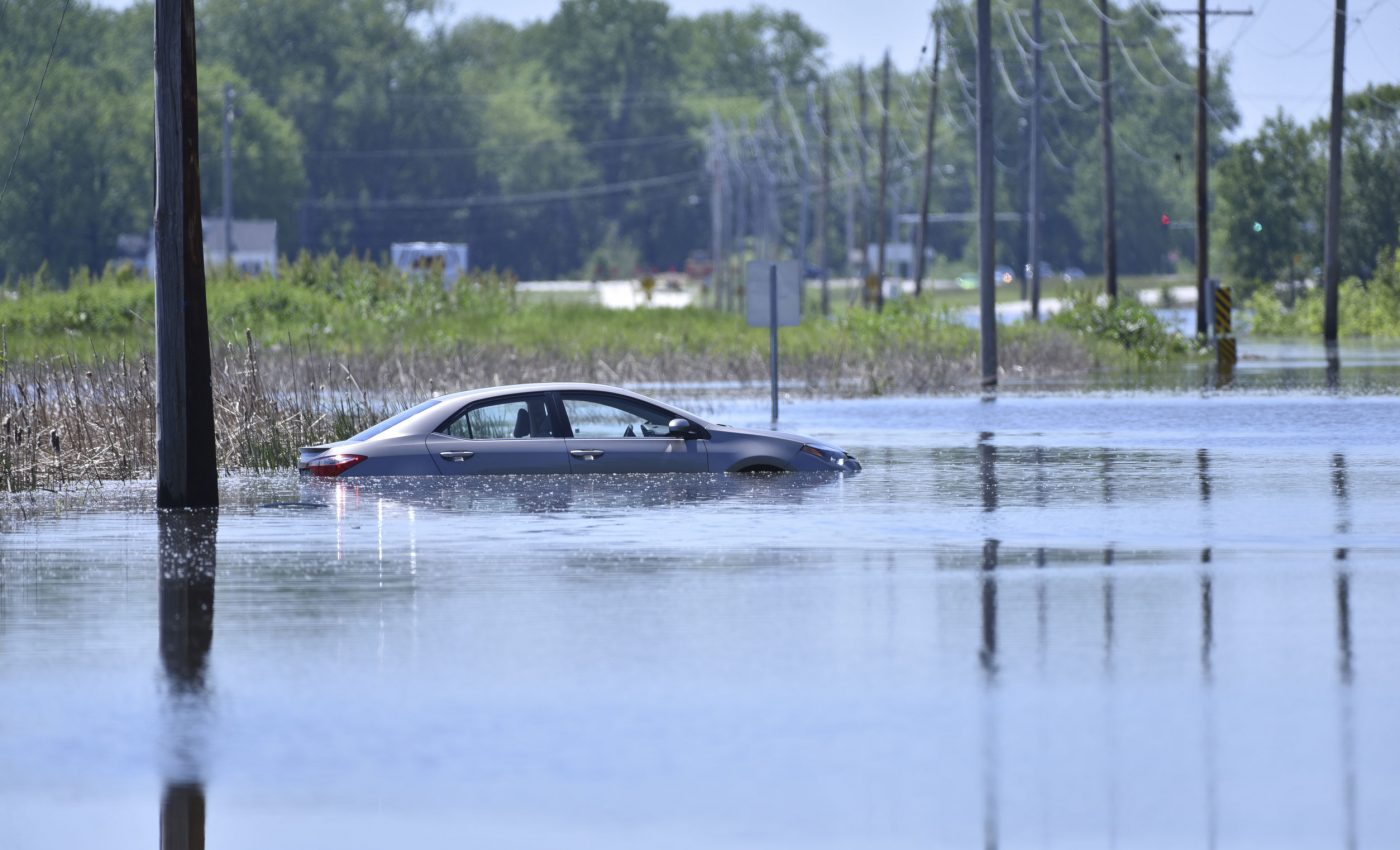 July 18, 2007 – Floods in Sudan. The MODIS on NASA’s Terra satellite captured the main image of flooding on the Gash River on July 16, 2007. Mixed with sand, the water is blue-green, opposed to the dark blue or black color. Therefore making the water in this type of false-color image.

Therefore Gash River and smaller waterways that feed it are swollen well beyond their extent of just two weeks earlier. Also the rain that caused the floods also brought streaks of green vegetation to the otherwise tan-pink desert. Light blue and white clouds flank the flooded river system.

The Gash River in the eastern Kassala state of Sudan flooded in early July when unusually heavy and early rain fell in Sudan, Ethiopia, and Eritrea. Initial reports from the Sudanese government say that 20 died and some 16,300 houses were damaged throughout Sudan as of July 11, said the International Federation of Red Cross and Red Crescent Societies (IFRC). The IFRC estimated that as many as 20,000 people may be affected by flooding along the Gash River. Additional flooding occurred along the Nile. The flooding occurs in the areas of low and high vegetation and in areas where it can not be drained well.