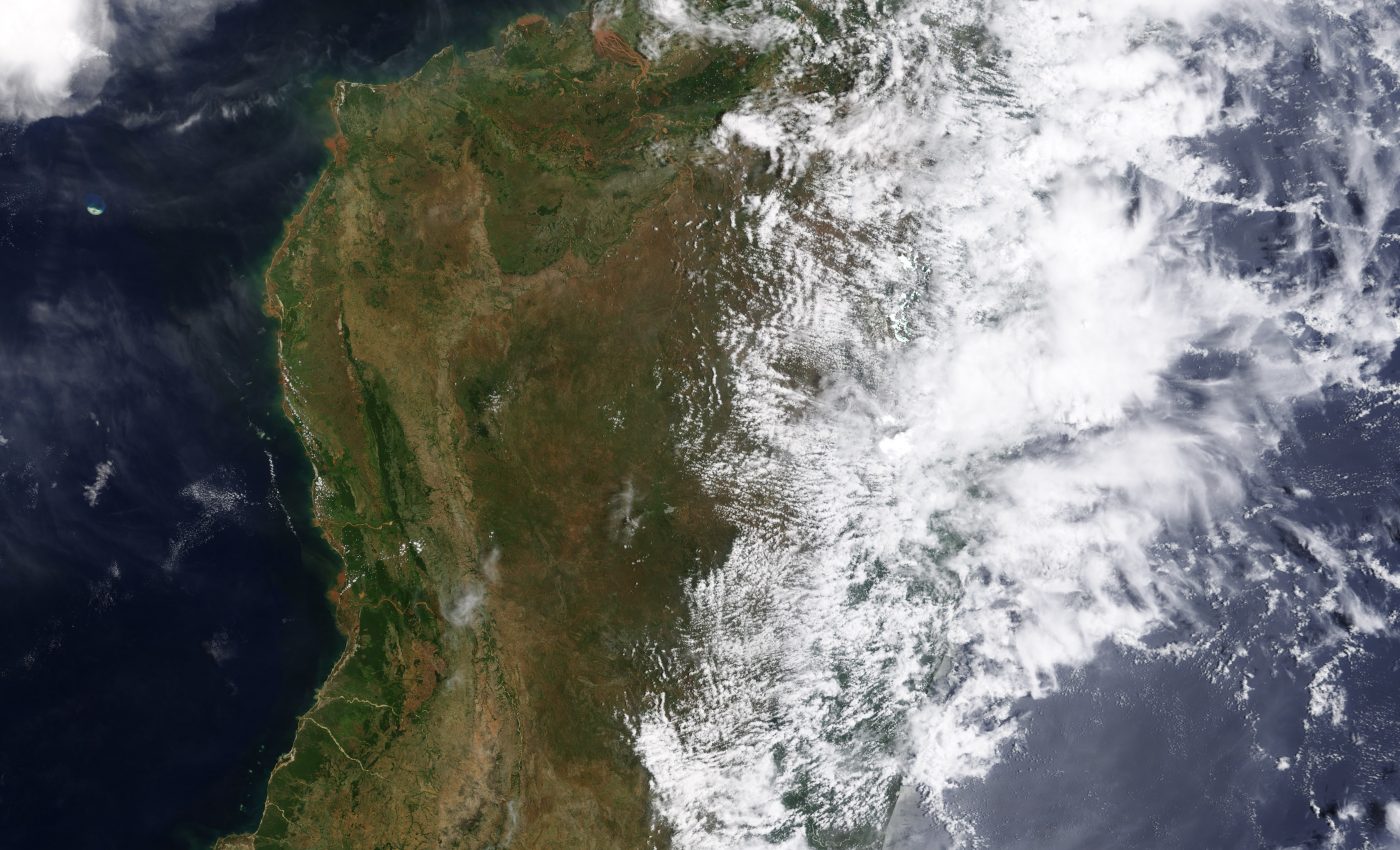 Mud-tainted waters push over river banks into Madagascar’s crop lands and villages in the wake of Tropical Cyclone Gafilo. According to the UN Office for the Coordination of Humanitarian Affairs, widespread flooding caused more damage than Gafilo’s 72 mile-per-hour winds. Flood waters have inundated some of Madagascar’s major rice-growing areas, and the crop is not expected to survive. Other crops, previously damaged by Cyclone Elita in February, are also in bad shape. Another immediate concern is access to fresh water. Many communities rely on shallow wells, which are easily contaminated in such floods. As the flood waters recede, water born diseases such as malaria may also become a significant problem.

Floods in Madagascar show on The Moderate Resolution Imaging Spectroradiometer (MODIS) captured this series of images on March 19, and March 25, 2004, in the two weeks after Gafilo came ashore. The images show floods along the northwestern coast of the island. In the false color images, flood water is dark blue and black, vegetation is green, and clouds are light blue. An image pair acquired on January 23, 2004, before the cyclone flooded the island, show the rivers as they normally appear this time of year, providing a point of comparison.