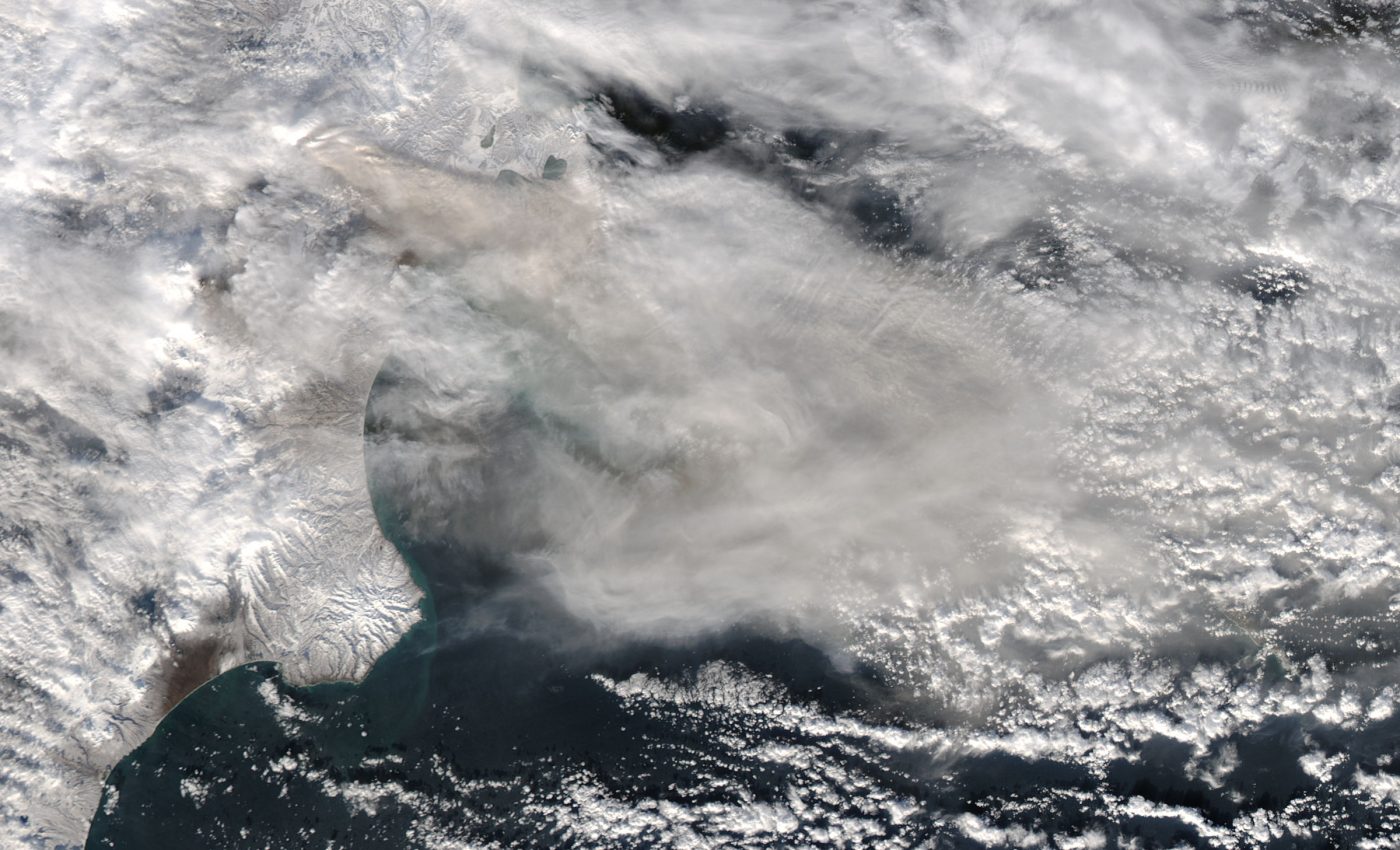 On October 28, 2010 Shiveluch Volcano erupted, sending an ash plume 25,000 feet (7,600) meters high. Despite moderate cloud cover, the ash was visible from space. This natural-color satellite image shows the light brown plume rising from Shiveluch and out over the Kamchatkan coast and Kamchatskiy Zaliv (Gulf of Kamchatka). Beneath the ash and clouds snow covers most of the land. To the south of Shiveluch a smaller, darker plume is visible over Klyuchevskaya, another of the currently active Kamchatkan volcanoes.

The Kamchatka Peninsula (Russian: полуо́стров Камча́тка, Poluostrov Kamchatka, IPA: [pəlʊˈostrəf kɐmˈt͡ɕætkə]) is a 1,250-kilometre-long (780 mi) peninsula in the Russian Far East, with an area of about 270,000 km2 (100,000 sq mi). The Pacific Ocean and the Sea of Okhotsk make up the peninsula’s eastern and western coastlines, respectively. Immediately offshore along the Pacific coast of the peninsula runs the 10,500-metre (34,400-ft) deep Kuril–Kamchatka Trench.

The Kamchatka Peninsula, the Commander Islands, and Karaginsky Island constitute the Kamchatka Krai of the Russian Federation. The vast majority of the 322,079 inhabitants are ethnic Russians, although about 13,000 are Koryaks (2014).  More than half of the population lives in Petropavlovsk-Kamchatsky (179,526 in 2010) and nearby Yelizovo (38,980). The Kamchatka peninsula contains the volcanoes of Kamchatka, a UNESCO World Heritage Site.