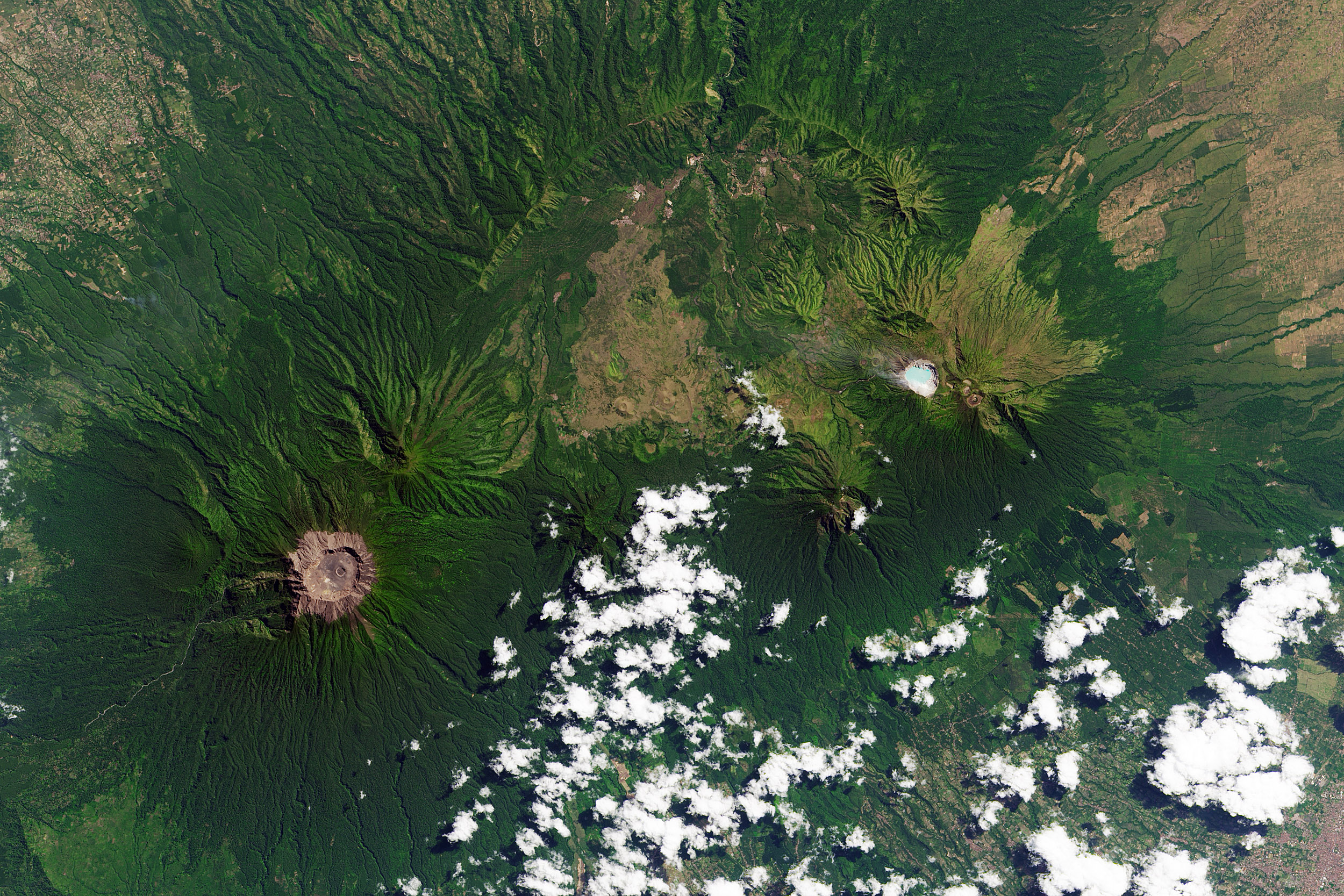 The turquoise lake in the crater of the Kawah Ijen volcano looks serene and inviting. It also happens to be the world’s largest acidic lake. Also Kawah Ijen Volcano’s Acid Lake in Java has caused a lot of damage to the area.

The water in the crater lake has a pH less than 0.3 on a scale of 0 to 14 (7 is neutral). For comparison, lemon juice has a pH of 2; battery acid has a pH of 1. That acidity affects the chemistry of nearby river ecosystems, including the river Banyupahit. NASA view.

Originating at the lake, the Banyupahit delivers acidic water to populated areas downstream. According to a 2005 research paper, the river water that local farmers use to irrigate crops has a pH between 2.5 and 3.5. The normal range for stream water, according to the U.S. Geological Survey, is between about 6 and 8. Kawah Ijen Volcano’s Acid Lake in Java.

On August 22, 2013, the Operational Land Imager (OLI) on Landsat 8 captured this view of the lake in East Java, Indonesia. The turquoise color comes from the range of materials dissolved in the water, including hydrochloric and sulfuric acids. The craters of several other volcanoes are also visible within the 20-kilometer-wide (12-mile) Ijen caldera.

The plume drifting west from the crater likely comes from fumaroles, which release hot gases from underground magma. The plume could also come from hot springs and mud pots, according to Erik Klemetti, a volcanologist at Denison University. “The plume is white, so it is likely mostly steam with some other volcanic gases like carbon dioxide and sulfur dioxide mixed in.”

Despite the presence of toxic gases around Kawah Ijen, workers mine sulfur by using a series of pipes installed under one of the volcano’s active vents. Gas inside the pipes condenses into molten sulfur as it moves toward the surface, where it then cools and hardens.