Scientists finally determine the origins of the Persian walnut • Earth.com 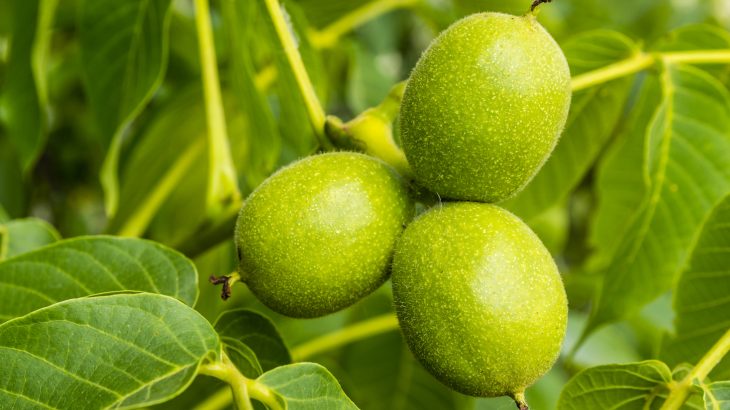 Scientists finally determine the origins of the Persian walnut

Using genomic data examined using both phylogenetic and population genetic approaches, a team of researchers were finally able to track down the origins of the Persian walnut (Juglans regia), prized for its hardwood and rich nuts.

Persian walnut is grown primarily in China, California, Turkey, and Iran. However, fossil records point to the walnut being native to North America, with two walnut species — black walnuts and butternuts (white walnuts) — having cropped up about 35 to 45 million years ago.

This new research, though, shows that the Persian walnut is the result of a hybridization between two extinct walnut species, which occurred about 3.45 million years ago.

The team’s previous analyses of about 19 species of walnut never showed a link between North American, Asian, and Persian walnut species. But they excluded incomplete lineage sorting as the cause of the phylogenetic uncertainty.

“This led us to speculate that ancient hybridization might be involved in the origin of the Persian walnut and the American butternut,” said co-senior author Da-Yong Zhang, a population geneticist.

So, the team then used whole-genome sequencing from 80 individual trees, which represented 19 of the 22 species of Juglans, to test their hybridization theory.

“We applied a battery of genome-wide methods for hybridization detection and to test speciation models to infer the time of origin of the Persian walnut,” said co-senior author Wei-Ning Bai. “In the end, we characterized the genetic composition of the genomes of not only the Persian walnut, but also the Iron walnut, J. sigillata, and the American butternut, J. cinerea.”

Based on walnut fruit fossils and the newly-discovered genomic evidence, by the late Oligocene era, “[walnuts] must have expanded from America to Europe and then spread to Asia and further expanded into Europe, where the black walnut and butternut lineages came into contact and hybridized some 3.45 Ma ago,” the authors continued. “While walnuts diversified in Asia and the New World, they were lost from Europe during the Pleistocene climate oscillations, with eventually only the newly formed hybrid lineage that gave rise to J. regia surviving.”

“All of our genome-wide analyses converged to provide unambiguous evidence of hybridization at the roots of both the American butternut (J. cinerea) and the Persian walnut (J. regia/J. sigillata),” the authors said. “Our results further resolve the controversy concerning the origin of the American butternut, J. cinerea, which turns out to result from massive nuclear gene introgression involving an American black walnut through pollen swamping by an immigrating Asian butternut.”

“The genomic mosaicism of both the Persian walnut (incl. J. sigillata) and the American butternut J. cinerea provides evidence for the importance of hybridization throughout the evolution of walnuts,” concluded the authors.

The findings are published in Molecular Biology and Evolution.