Astronaut view of the Florida peninsula 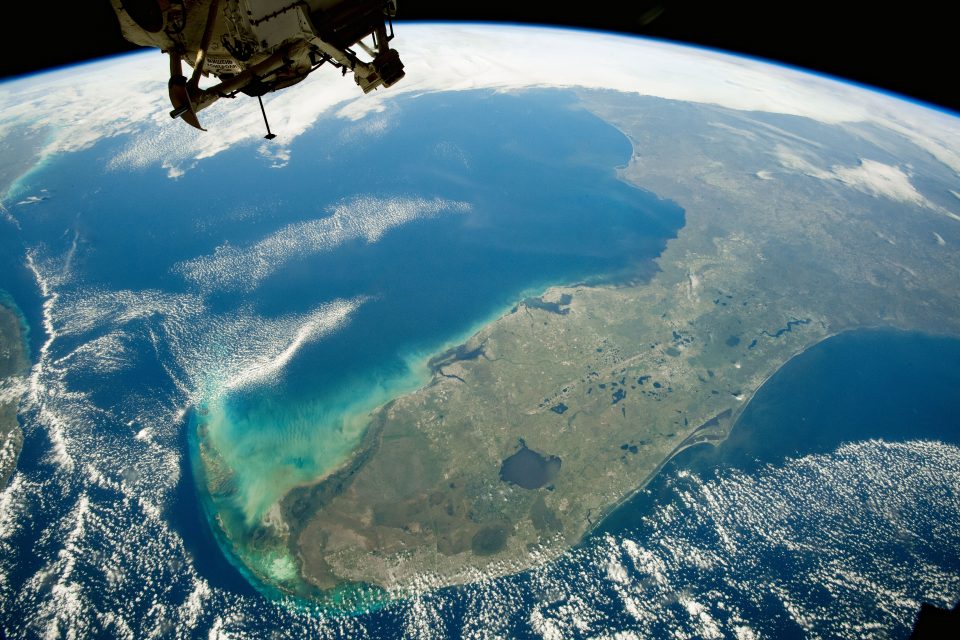 Today’s Image of the Day from NASA Earth Observatory features a view of Florida from the International Space Station (ISS). Astronaut view of the Florida peninsula

The majority of Florida’s land surface is lying over thick carbonate deposits, which formed the Floridan aquifer system.

For the most part, sand and clay deposits prevent carbonates from being exposed at the surface.

In areas where these deposits are thin or non-existent, however, much of the carbonate has dissipated. This results in sinkholes that fill up with groundwater and form lakes. Floridas Spanish pronunciation: [floˈɾiða]) is the southernmost contiguous state in the United States. Astronaut view of the Florida peninsula

The state is bordered to the west by the Gulf of Mexico, to the northwest by Alabama, to the north by Georgia, to the east by the Atlantic Ocean, and to the south by the Straits of Florida. Florida is the 22nd-most extensive (65,755 sq mi or 170,300 km2), the 3rd-most populous (21,477,737 inhabitants),[11] and the 8th-most densely populated (384.3/sq mi or 148.4/km2) of the U.S. states. Jacksonville is the most populous municipality in the state and the largest city by area in the contiguous United States. The Miami metropolitan area is Florida’s most populous urban area, with its capital being Tallahassee.