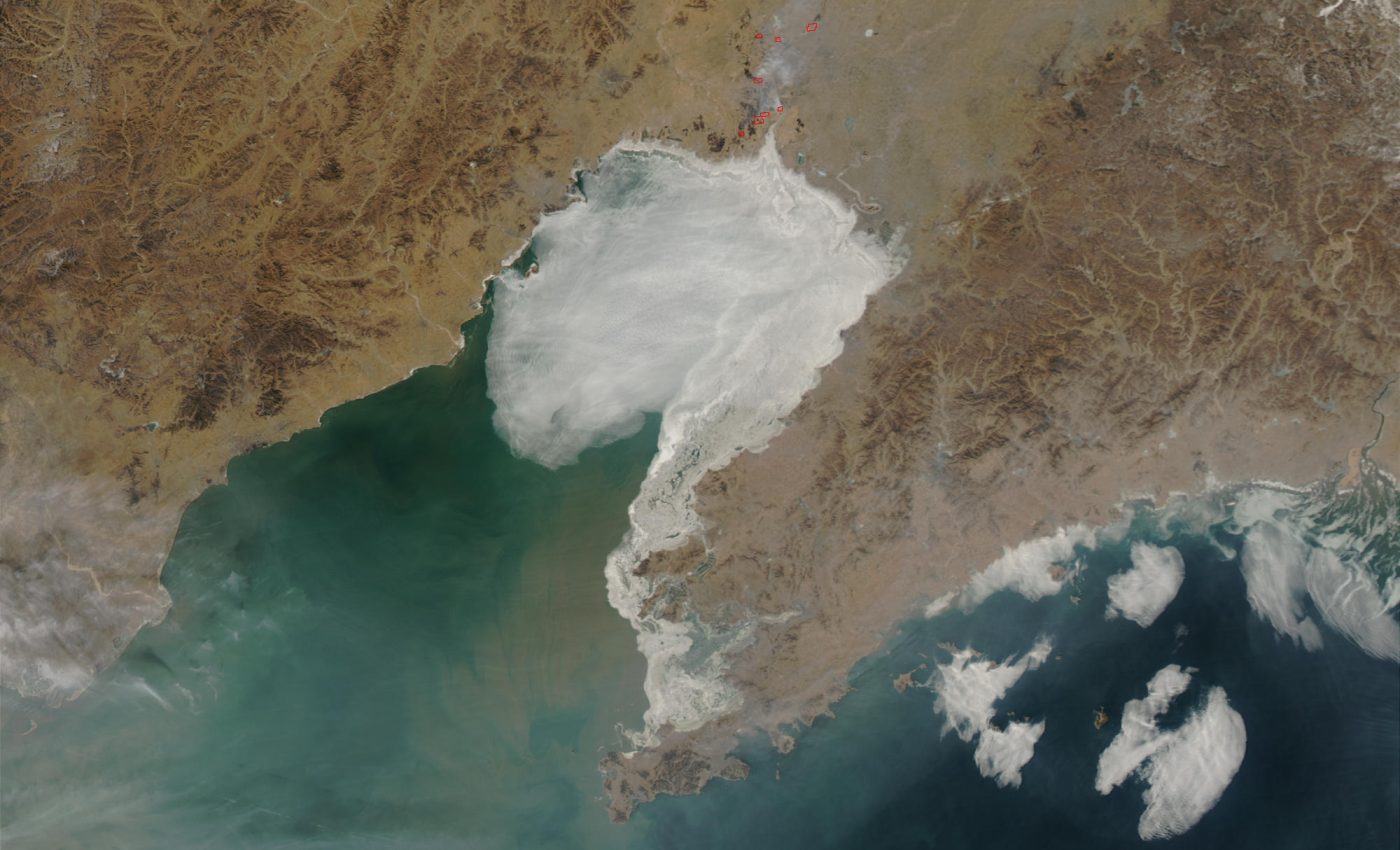 Eight fires can be seen burning and emitting smoke in this true-color Moderate Resolution Imaging Spectroradiometer (MODIS) image of Liaoning Province, China, that was acquired February 14, 2003, by the Aqua satellite. The fires are outlined in red and the smoke appears as a semi-opaque gray haze over the fires and stretching toward the northeast. But what really draws the eye in this image are the clouds of fog on the waters of the Liaodong Wan and Korea Bay. The clouds seem to flow south from the Shangtaizhe Kou river outlet, out into the bay, and south down the peninsula’s coast. In Korea Bay, the fog hovers over a number of islands and thins out into streamers off the coast along the China – North Korean border (right edge).

Liaoning (辽宁) is a northern coastal province in Northeast China on the shore of Yellow Sea, being the smallest but the most populous province in the region. The modern Liaoning province was established in 1907 as Fengtian or Fengtien province and was renamed Liaoning in 1929, also known as Mukden Province at the time for the Manchu pronunciation of Shengjing, the former name of the provincial capital Shenyang. Under the Japanese-puppet Manchukuo regime, the province reverted to its 1907 name, but the name Liaoning was restored in 1945 and again in 1954.