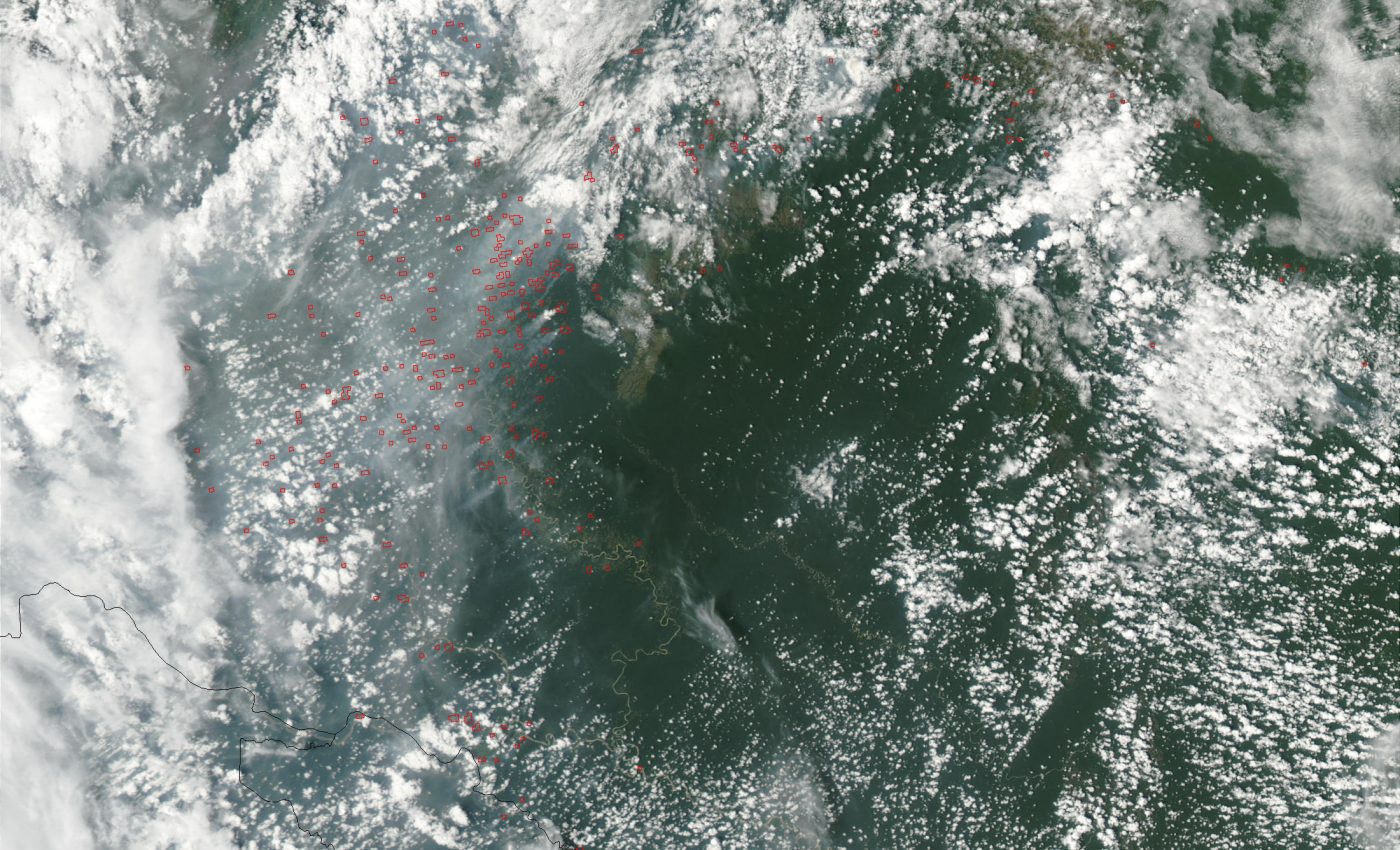 Fires in Southcentral Columbia. Also In eastern Columbia (left) and northern Venezuela (right), a vast stretch of plains called the Llanos rests at the foothills of the Andes Mountains. Therefore Moderate Resolution Imaging Spectroradiometer. (MODIS) on the Terra and Aqua satellites detected numerous fires (red dots) scattered across the region, even in wetland areas between two of the Llanos’ majors rivers: the Apure (running from center toward the right of the image) and the Meta (flowing northeast from bottom left).

Where the Meta leaves the Columbia-Venezuela border, it is joined by the Atabapo River and becomes the Orinoco, which flows out to meet the Atlantic. In the high-resolution imagery, dark purplish-brown burn scars are apparent against the green vegetation of the prairies. At bottom right (and most of the bottom of the Jan. 24 image). Also the grasses of the llanos give way to the upper reaches of the Amazon Rainforest. On Feb. 14, key-hole shaped Lake Maracaibo is visible in northwest Venezuela. On March 4, it is in the center. These images were captured in December 2002 and January and February 2003. Also Fires in Southcentral Columbia seem to occur quite often.