The Great Green Wall project is changing the landscape in North Africa • Earth.com 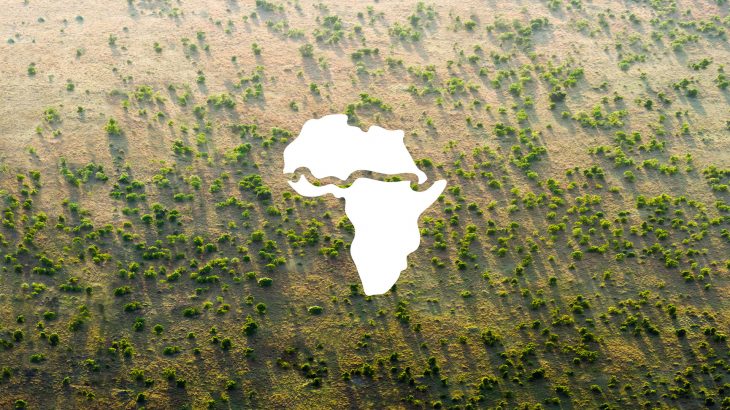 Led by the African Union, the Great Green Wall (GGW) project was launched in 2007 to combat the effects of climate change.

The project is expected to transform the lives of millions of people by creating productive landscapes across the Sahel in North Africa.

In particular, the initiative aims to plant a barrier of trees that will cover 4,815 miles of the southern edge of the Sahara to protect fertile land in the Sahel from turning into desert.

The Sahel, a semiarid stretch of grassland that spans the south-central latitudes of Northern Africa between the Atlantic Ocean and the Red Sea, is one of the most impoverished regions on the planet.

In the last few decades, population growth, land degradation, deforestation, reduced rainfall, and many other factors have transformed a large portion of the Sahel into barren land. The $8 billion African Union project hopes to reforest 247 million acres of this degraded land across Africa.

According to Time Magazine, when the project is completed in 2030, the restored land will absorb an estimated 250 million metric tons of carbon dioxide from the atmosphere, which is the equivalent of parking all of the cars in California for 3½ years.

By August, as the ground was prepared and the saplings were waiting to be planted, the lack of rainfall had become a major obstacle for the launch of the Great Green Wall in northern Senegal. El Hadj has spent the past nine years overseeing the project for Senegal’s forestry department.

To the south, women from many villages have been planting trees for the GGW project since 2012. Dienaba Aka explained to Time that the pay is good, but most women are participating in the project because they have been told it will bring back the rain, which in turn brings the grass that feeds their livestock.

Since Senegal’s first tree took root in 2008, the GGW agency says that 18 ­million trees have been planted on 99,000 acres of restored land.

Chris Reij is a sustainable land management specialist and senior fellow at the World Resources Institute who has been working in Africa since 1978. He warned that the rate of land degradation and desertification is much higher than the amount of trees being planted, which greatly reduces their odds of survival.

On the other hand, the regreening is working in some high-density populations, such as Niger. The experts say this is because the farmers in this region are increasingly realizing that the trees can regenerate degraded land.

“It’s literally a story of more people, more trees,” said Reij. “The whole point is that the trees are not protected and managed by farmers for their environmental beauty, but because they are part of the agricultural production system.”