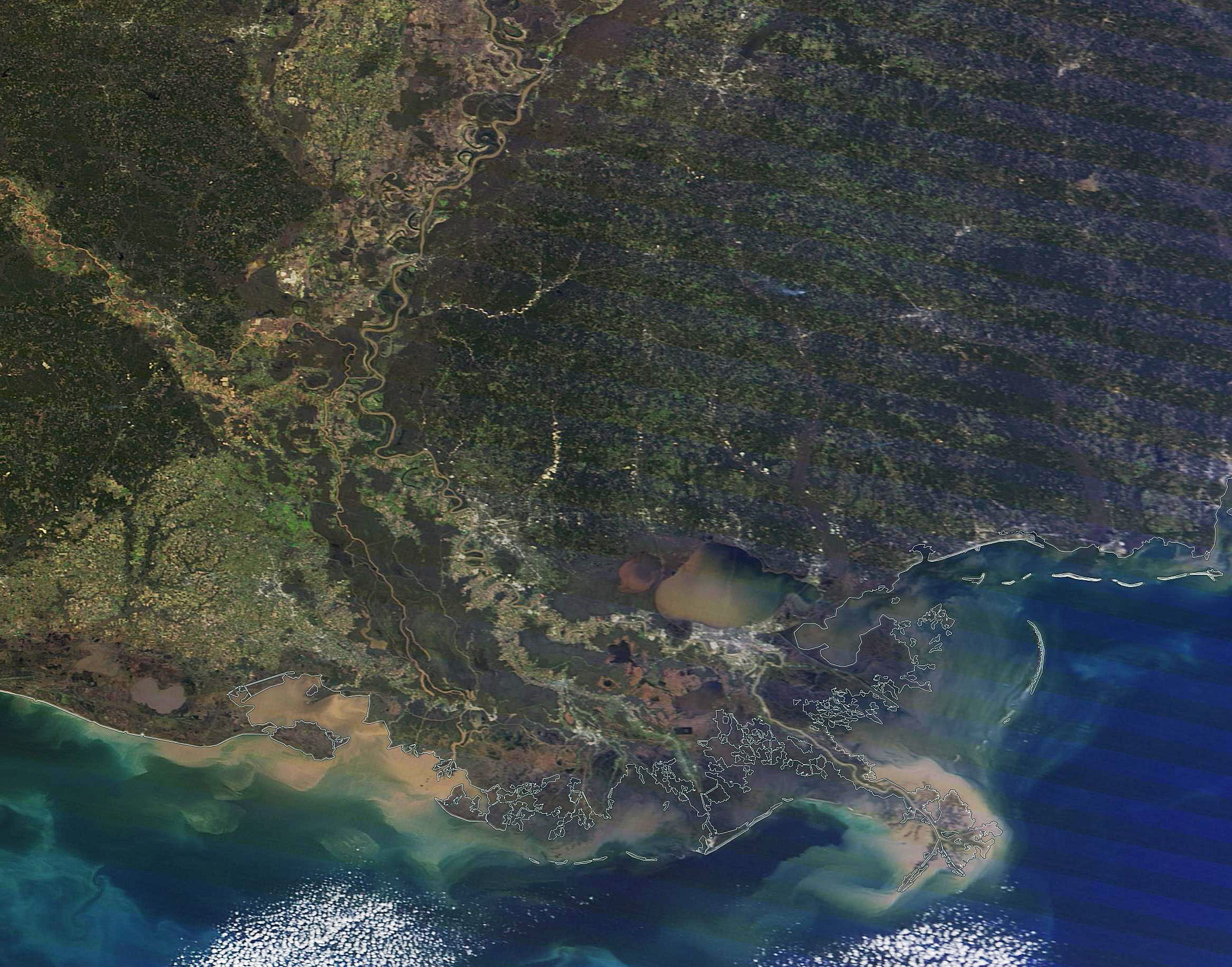 The mighty Mississippi River delta, Louisiana North America’s third largest river, serves the largest drainage basin in the continent and the fourth largest in the world. The watershed stretches between the Allegheny Mountains in the east to the Rocky Mountains in the west and contains parts of 31 states as well as two Canadian provinces.

According to the National Park Service, at the Mississippi’s source at Lake Itasca, Minnesota the average flow rate is 6 cubic feet per second. Downstream about 2,300 miles the flow rate in New Orleans is reported to be 600,000 cubic feet per second. To illustrate the flow rates, they offer that at Lake Itasca it would take 10 minutes for one semi-trailer of water to flow out of the lake into the Mississippi. At New Orleans, the equivalent of 166 semi-trailers of water flow past Algiers Point each second.

The Mississippi River terminates in a broad delta in southeastern Louisiana. The waters, which have collected large amount of sediment, flow into the Gulf of Mexico. It has been estimated that the river carries approximately 550 million metric tonnes (550 million tons) of sediment into the Gulf annually.

The Moderate Resolution Imaging Spectroradiometer (MODIS) aboard NASA’s Terra satellite captured this true-color image of the Mississippi River Delta on December 20, 2015. A milky-tan plume of sediment flows from the Mississippi into the Gulf of Mexico. Bright tan sediment is also found clinging to the marshlands near Barataria Bay and Bay Batiste in the western section of the image. Smaller amount of sediment lines most of the coastline and Lake Pontchartrain appears to be heavily discolored by sediment.