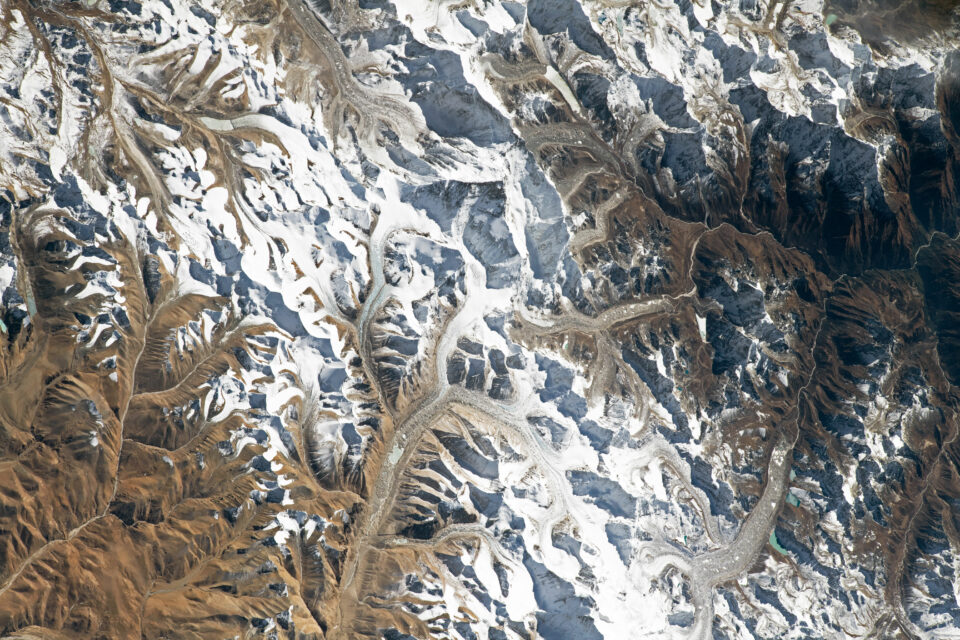 Today’s Image of the Day from NASA Earth Observatory features an astronaut view of Mount Everest, the world’s tallest mountain. Everest towers over the land at approximately 29,029 feet above sea level.

“This world-renowned summit sits on the Qinghai-Tibetan Plateau – a region sometimes called the ‘Roof of the World.’ Everest continues to rise skyward by approximately one centimeter per year due to the progressive uplift of the crust caused by the convergence of the Indian and Eurasian tectonic plates,” reports NASA.

“Many glaciers flow down from the high snow-covered peaks on the plateau. As glaciers descend to lower and warmer elevations, much of the moving ice mass becomes obscured by rock debris (known as moraines) that accumulates on the top, sides, and terminus of the ice. As the glaciers melt, debris entrained in the ice can be deposited as sediments that geologists call glacial till.”