Mounta Etna had two powerful eruptions in one week • Earth.com 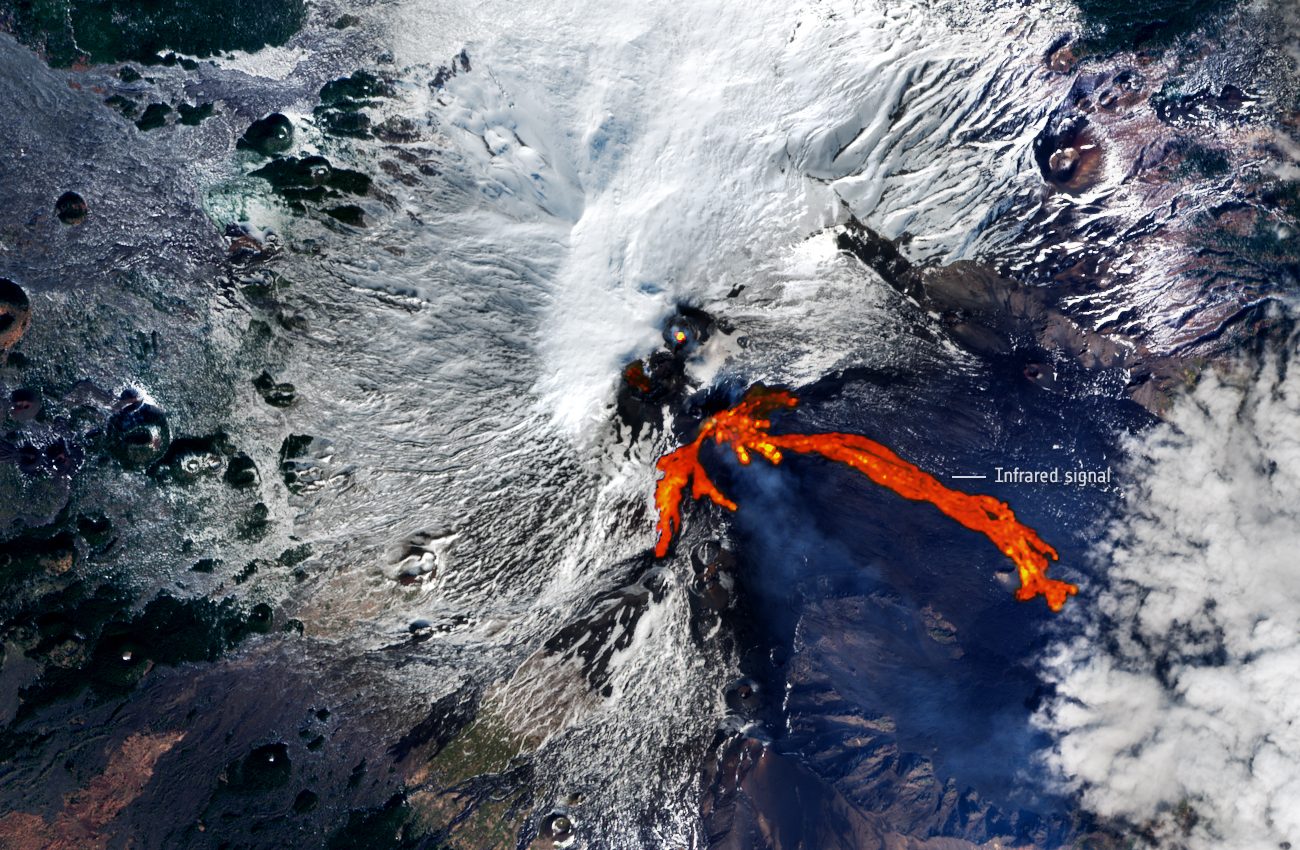 Mounta Etna had two powerful eruptions in one week Today’s Image of the Day from the European Space Agency features an eruption of Mount Etna, one of the world’s most active volcanoes. Located on the east coast of Sicily, Etna is also the tallest active volcano in Europe.

The image was captured by the Copernicus Sentinel-2 mission after the second major eruption on February 18. The photo was processed using the mission’s shortwave-infrared band to show the lava flow in bright red.Mount Etna, or Etna, is an active stratovolcano on the east coast of Sicily, Italy, in the Metropolitan City of Catania, between the cities of Messina and Catania. It lies above the convergent plate margin between the African Plate and the Eurasian Plate. It is the highest active volcano in Europe outside the Caucasus and the highest peak in Italy south of the Alps with a current height of 3,326 m, though this varies with summit eruptions. Etna covers an area of 1,190 km² with a basal circumference of 140 km. This makes it by far the largest of the three active volcanoes in Italy, being about two and a half times the height of the next largest, Mount Vesuvius. Only Mount Teide on Tenerife in the Canary Islands surpasses it in the whole of the European–North-African region west of the Black Sea. In Greek mythology, the deadly monster Typhon. Mounta Etna had two powerful eruptions in one week

According to the ESA, ash from the eruptions covered the city of Catania and authorities have been monitoring developments in the nearby towns at the base of the volcano, including Linguaglossa, Fornazzo and Milo.