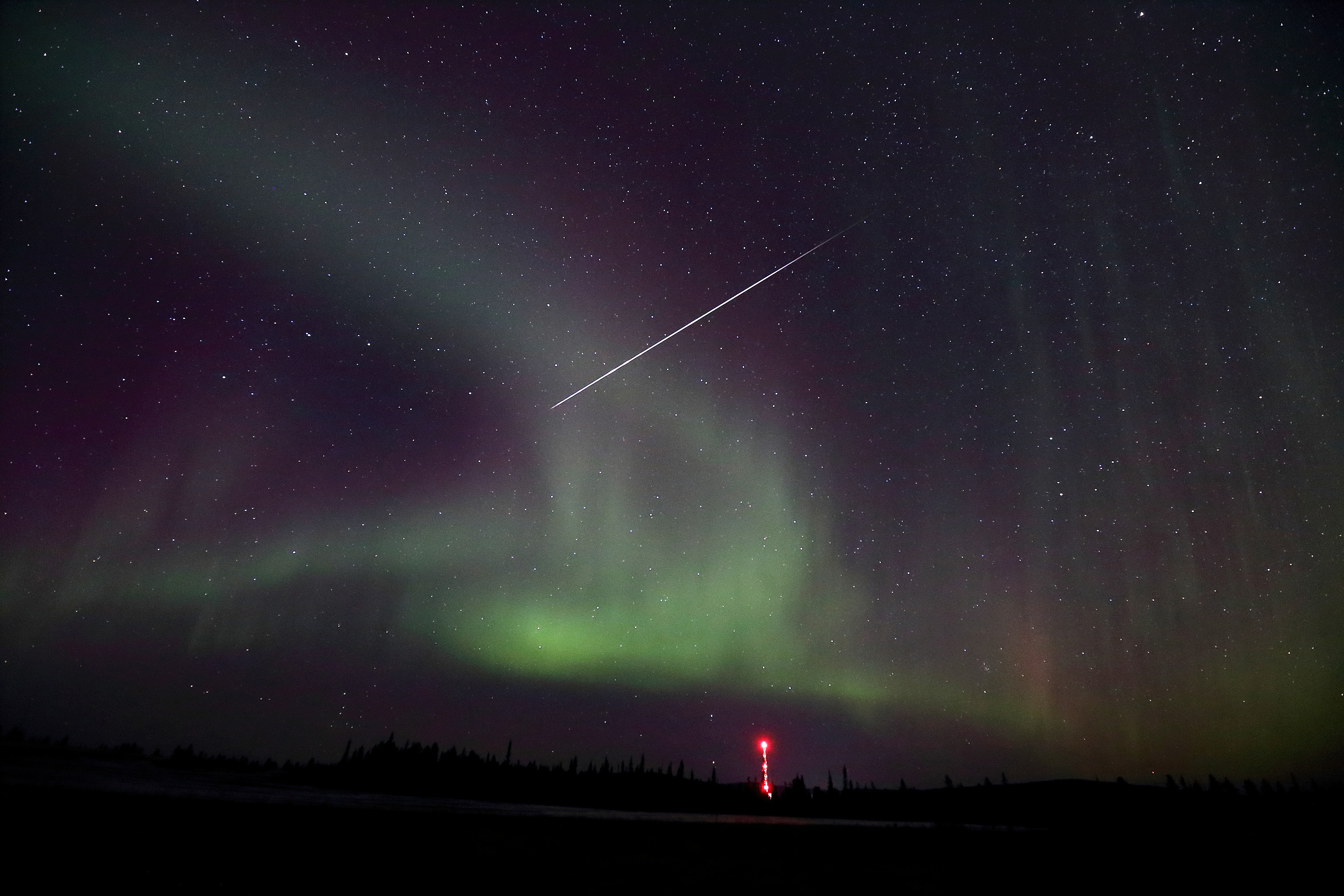 ESA organises regular rocket launches together with the Swedish Space Corporation from northern Sweden in Esrange, Kiruna. The 13th Maser campaign saw experiments being carried 270 km up for six minutes of weightlessness. Northern Lights In Sweden.

Experiments in the November flight included looking at how gravity-sensing genes behave in plants, growing metallic crystals and X-raying them as they solidify, and observing chemical reactions with lasers – all in microgravity.

The launch site 145 km north of the Arctic Circle offers amazing views of the Northern lights. Auroras occur when particle radiation from the Sun is channeled by Earth’s magnetic field into the polar regions and hits Earth’s upper atmosphere, making it glow in a greenish-blue light.

ESA payload system engineer Neil Melville took this picture between preparing the experiments and the launch. Therefore you can see the image NASA’s view.

Neil explains: “Sounding rockets offer a unique way for researchers around Europe to experiment in weightlessness, complementing ESA’s range of microgravity facilities, from drop towers and aircraft flights to the International Space Station.

“The Esrange facility and surroundings offer many wonderful views. I was taking photos for a timelapse video of the aurora and by complete chance a very bright meteor from the Taurid shower was caught in this frame. It left a very rare ‘persistent train’, meaning that the trail of ionised air was visible for several minutes.”

The tower with red lights on the horizon is part of Esrange’s meteorology station that monitors the weather for launches.