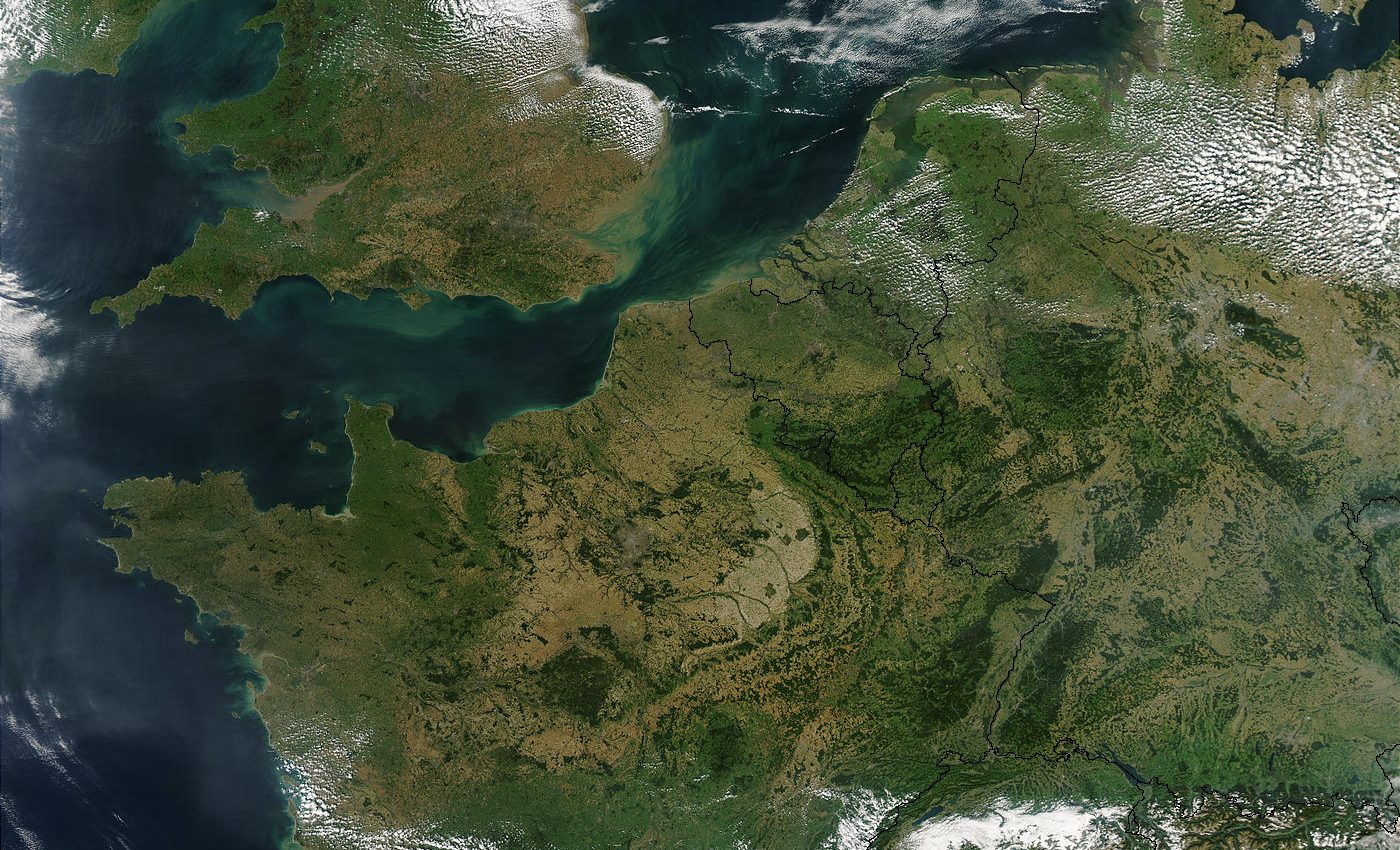 Much of northwestern Europe is shown in this true-color Aqua MODIS image from September 13, 2002. From upper left are Ireland, England, France, Belgium, the Netherlands, Germany, Denmark, Austria, and Switzerland.  Although London and Paris are both visible at the 1-kilometer resolutions as dark gray patches on the landscape. Sate Imaging shows you the whole lay out and landscape of this northwest region. Therefore showing you the distance between each city and the bay and sea. You can see a very clear image showing you the landscape.

And London lies northwestern Europe of the Strait of Dover on the Thames River. Also Paris is about 250 kilometers almost directly south of the Strait. Therefore To the west of France is the Bay of Biscay, to the north is the English Channel, to the northwest is the Celtic Sea, and to the northeast is the North Sea.

Patches of the area you will see all over the map and showing the connection between each city. Surrounding areas show how far apart each channel is and the bay. Northwestern Europe is very large. London lies right along the Thames River, which is not a far jump to Paris.