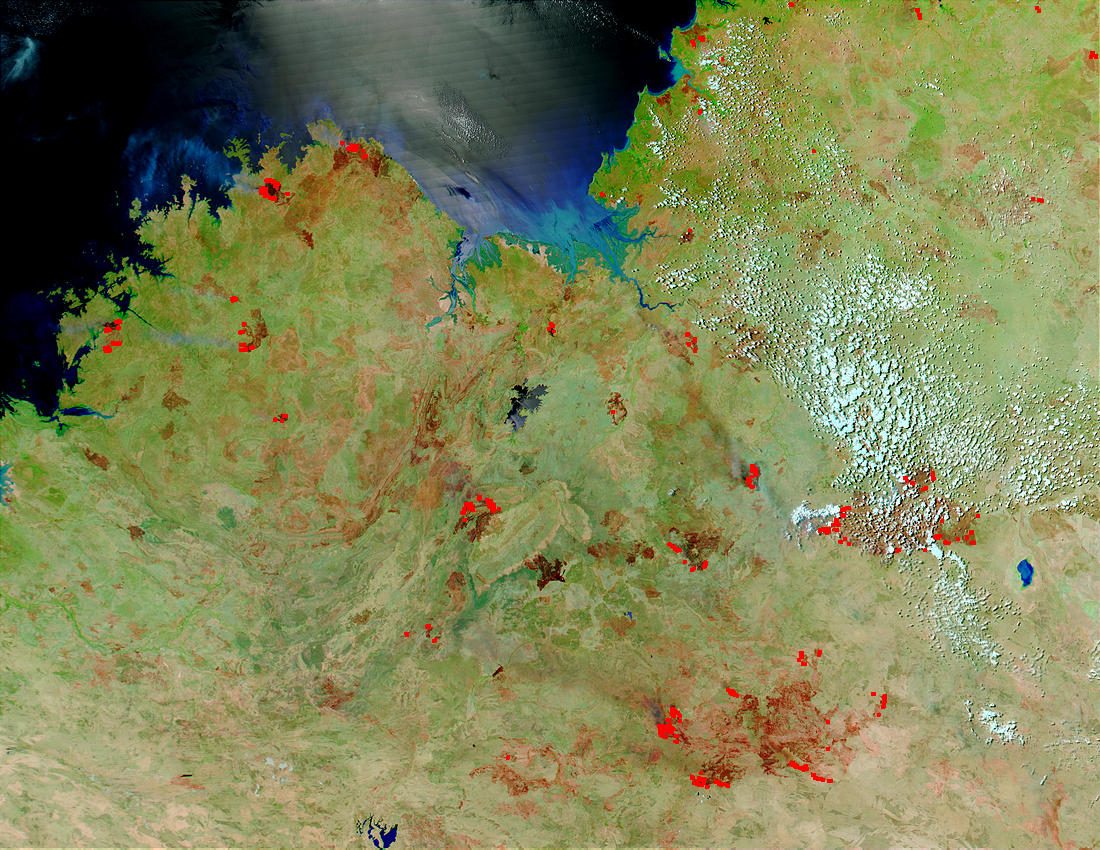 Fires and Burn Scars in Northern Australia. These true- and false-color images from the Moderate Resolution Imaging Spectroradiometer (MODIS) from October 2002. Therefore it will show numerous fires burning across Western Australia (left) and Northern Territory (right).

The boundary between the two falls along a north-south line running just right of the center of the image. In the false-color image, vegetation appears in shades of green, naturally bare soil appears pinkThe unofficial geographic term Northern Australia includes those parts of Queensland and Western Australia north of latitude 26° and all of the Northern Territory.

Those local government areas of Western Australia and Queensland that lie partially in the north are included.

Although it comprises about half of the total area of Australia, Northern Australia includes only about one quarter of the Australian population. However, it includes several sources of Australian exports, being coal from the Great Dividing Range in Queensland/New South Wales and the natural gas and iron ore of the Pilbara region in WA. It also includes major natural tourist attractions, such as Uluru (Ayers Rock), the Great Barrier Reef and the Kakadu National Park. Images appear darker and shows you the fires.