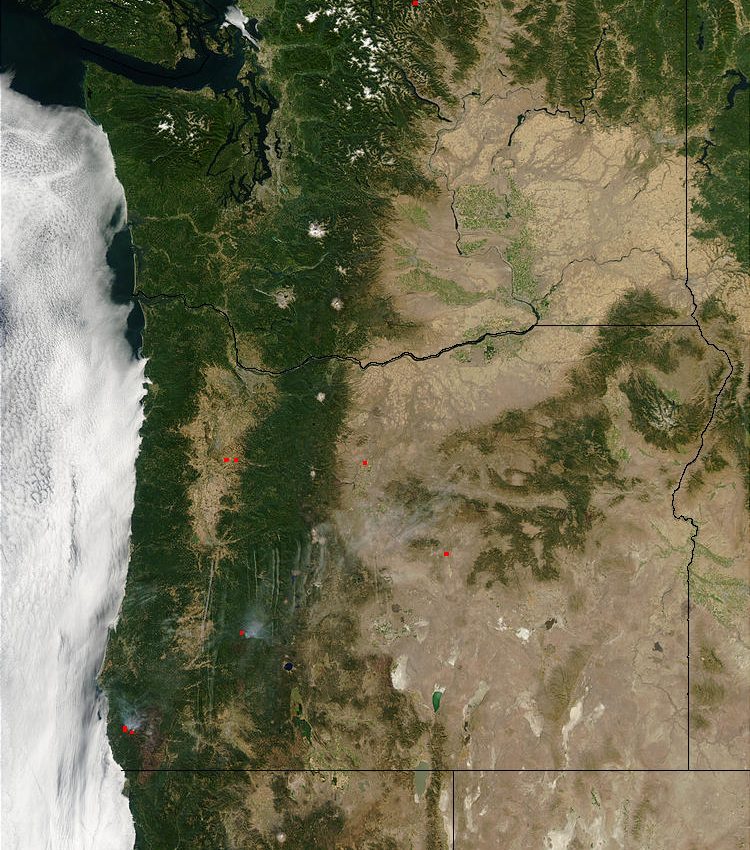 Oregon and Washington. This true-color Moderate Resolution Imaging Spectroradiometer (MODIS) image from September 11, 2002. It shows Washington (top), Oregon (middle), and a bit of northern California at bottom. The fires spread pretty rapidly and you can see in the imaging resolution. Therefore there is a huge border of where the fire had spread.

Therefore At the Oregon-California border, the burn scar of the Biscuit Fire can be seen. Also speckling of light green in central Washington. Which shows the effect of irrigation from the Columbia River on the dry basin inland from the coastal mountain ranges.

Originally named Twality when created in 1843, the territorial legislature renamed it for the first president of the United States, George Washington, in 1849. The original boundaries included the entire northwest corner of Oregon before sections became new counties.

The Tualatin River and its drainage basin are almost entirely within the county, with the county nearly coterminous with the Tualatin Valley. Although It is bordered on the west and north by the Northern Oregon Coast Range, on the south by the Chehalem Mountains. Also on the north and east by the Tualatin Mountains (or West Hills).