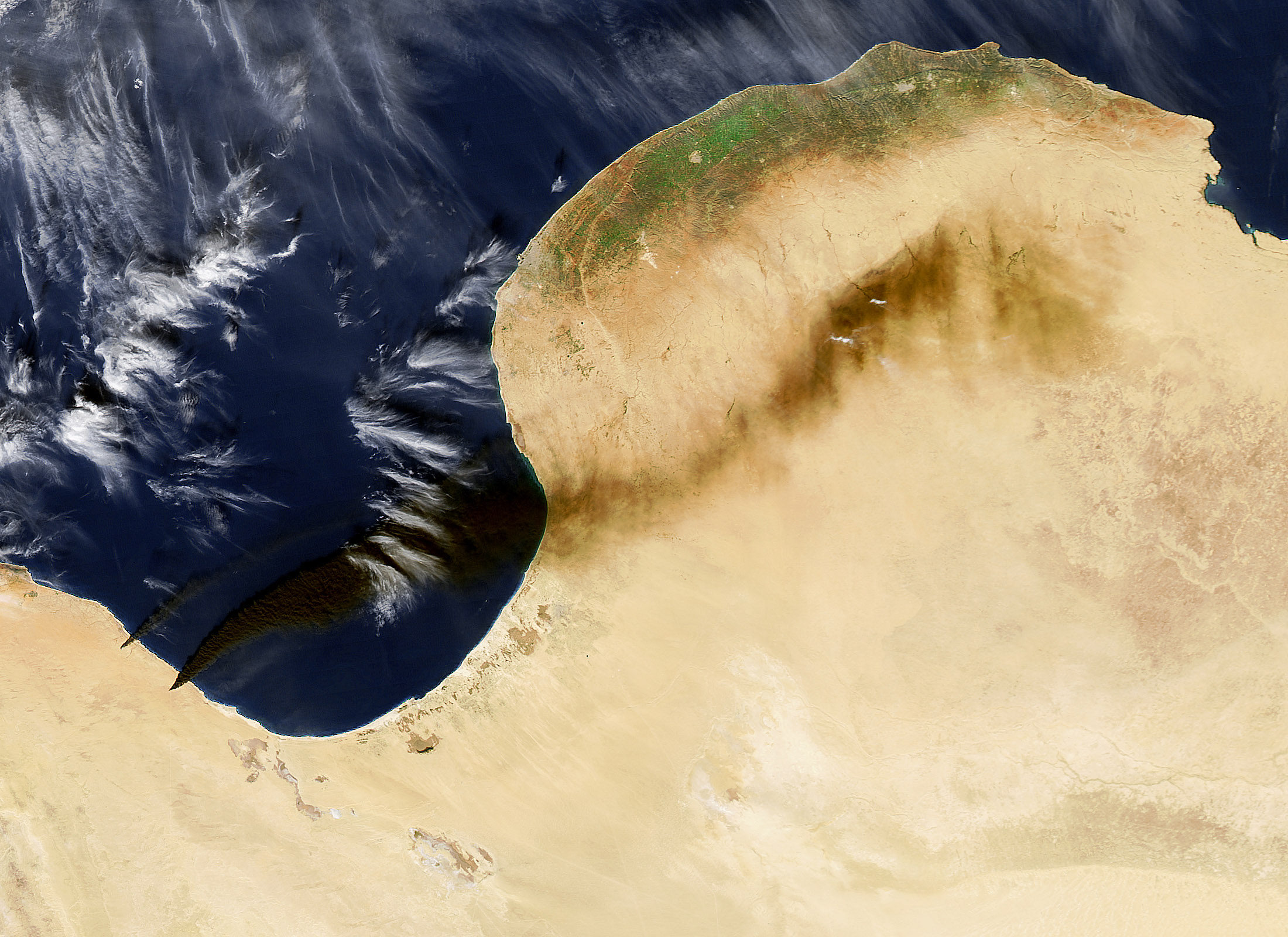 After battles in Libya on January 4–6, 2016, several fires were observed at oil production and storage facilities near Sidra, on the coast between Sirte and Benghazi. Smoke plumes from several oil tanks and facilities spread a pall of black smoke across the nation’s Mediterranean coast.

At 2:05 p.m. Libya time (12:05 Universal Time) on January 6, the Moderate Resolution Imaging Spectroradiometer (MODIS) on NASA’s Aqua satellite captured an image (top) of smoke plumes rising from the oil tank fires in Libya and blowing to the east and northeast. By 11:35 a.m. local time (09:35 Universal Time) on January 7, the winds had shifted, driving the smoke southeast as shown in an image acquired by the MODIS instrument on NASA’s Terra satellite.

According to news reports, five oil storage tanks were burning: four near Sidra and one near Ra’s Lanuf. Each tank is believed to contain 420,000 to 460,000 barrels of oil. The particulate matter and other chemicals in the smoke can cause respiratory and other health problems.

During the Persian Gulf War in 1991, astronauts on the space shuttle played an important role in documenting an environmental tragedy when oil wells across Kuwait were set on fire by Iraqi troops. Satellite-based and airborne instruments were also critical to documenting the spread of oil from the 2010 Deepwater Horizon spill in the Gulf of Mexico.