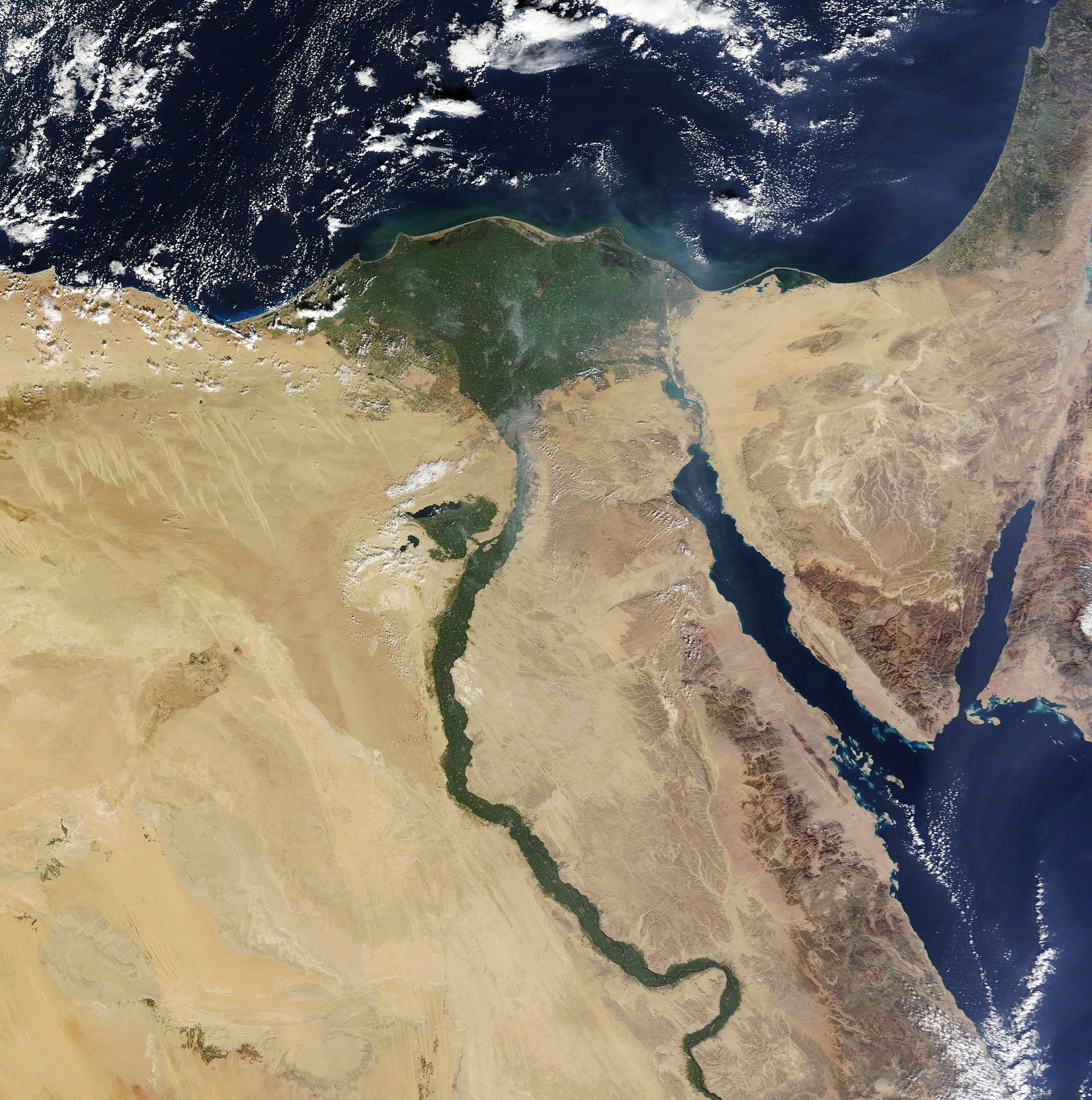 The fan-shaped Nile River Delta and the long Nile River Valley are verdantly green, fertile areas and contrast dramatically with the surrounding arid landscape. Comprising only 5 percent of Egypt’s total land area, this green ribbon provides a home to about 97 percent of the 83 million people who reside in the country. The average population density of the region, according to the World Wildlife Fund, has reached 1,000 persons per square kilometer, with much higher densities in major towns, such as Cairo. As a result of the pressure on natural resources and the intense farming that has occurred here for over 5,000 years, little natural vegetation remains in the region except for small reserves.

During the last century, the placement of dams on the Nile has stopped seasonal flooding, opening more land for permanent agriculture under modern intensive techniques. However, without the nutrient-restoring nature of the floodwaters, the land has become steadily less fertile. The population density is also on the rise, adding additional pressures on the natural ecosystem of the Nile.

Humans depend on the Nile for life in the otherwise harsh desert region – but so do many animals. The Nile Delta sits on the Eastern African Flyway, one of the world’s most important bird migration routes. Millions of birds fly between Europe and Africa each year during migration, many of which stop on the Delta looking for rest and nourishment before finishing their flight. Hundreds of thousands of waterfowl spend the winter in the Delta, and the region provides home to the largest breeding population of the slender-billed gull in the Mediterranean.

The Moderate Resolution Imaging Spectroradiometer (MODIS) aboard NASA’s Terra satellite acquired this true-color image on December 21, 2015. The Nile River and its valley form a stripe of green in the tan and ochre landscape. At its northern end, the Nile broadens into the Nile River Delta which juts out into the Mediterranean Sea. At the point where the River begins to broaden to the Delta a group of gray pixels marks the city of Cairo, home to about 9 million people.