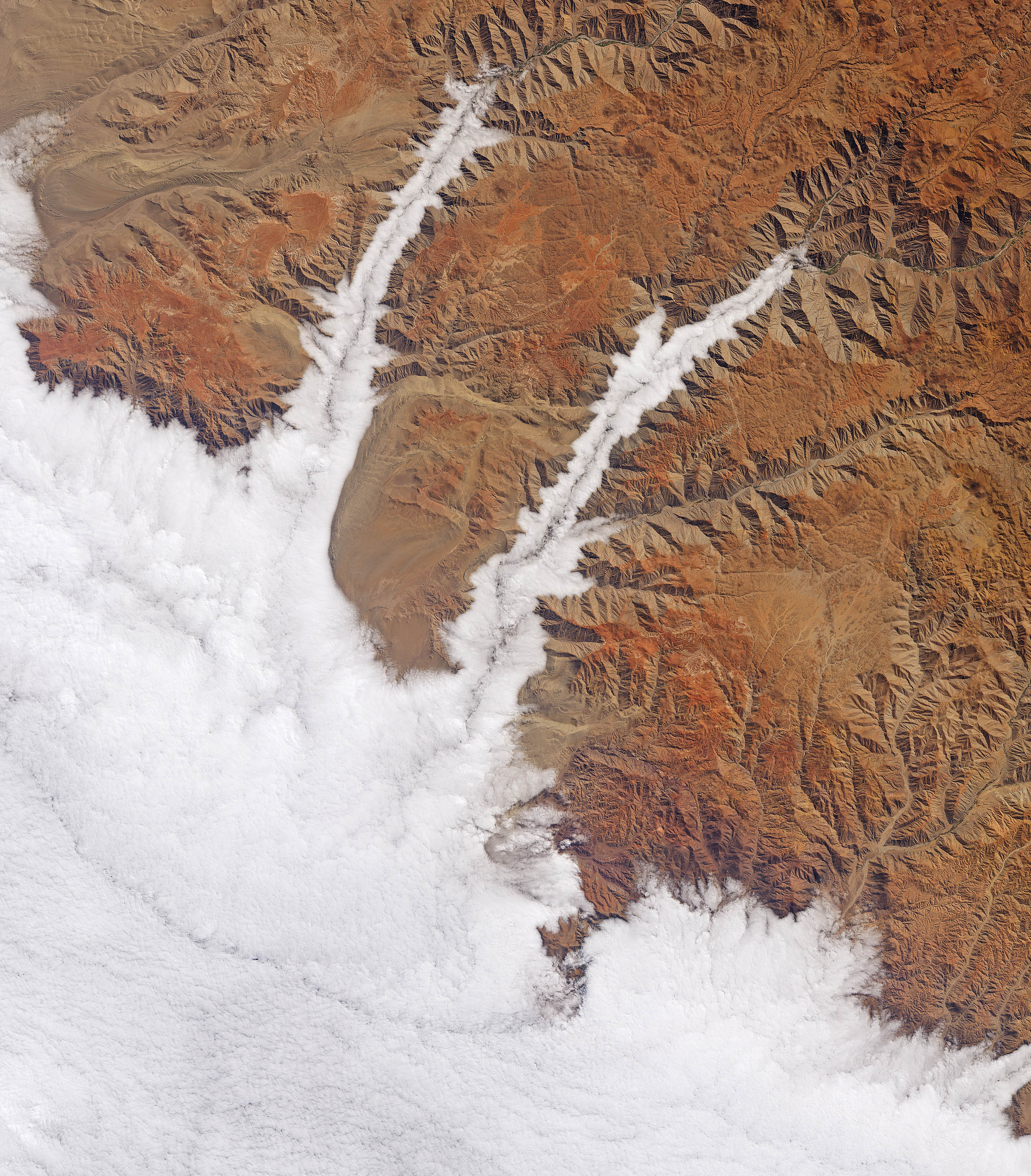 In the deep Peruvian valleys along Peru’s southern coast, marine stratocumulus clouds can sink in between the hills and mountains like fog, contributing to a boom of vegetation communities called “lomas.” Philip Rundel, an ecologist at the University of California, Los Angeles, explains, “These are natural fog communities with many endemic plant species.”

However, in order for the vegetation in these lomas to survive and grow, the frequency, duration, and density of the clouds is critical. Rather than hanging in suspension, this fog must move, as scientist Ralf Hesse explains, “Movement across the surface is necessary for the fog droplets to be ‘combed out’ of the air by plant leaves. Stagnant fog is not sufficient.”

So how do these clouds appear at such low altitudes in the Peruvian valleys? An air circulation pattern called the “Hadley Cell” lifts air near the equator and deposits it at a higher altitude. The trade winds produced by this circulation bring the deep, cool water of the Humboldt Current to the surface of the Pacific Ocean. This cool water causes the near-surface air to cool, which causes the humid air over the ocean to condense and form low-altitude clouds. The descending air of the Hadley Cell also prevents convection – where hot air rises and cold air sinks – which keeps the cloud layer low to the surface and stable.

Marine stratocumulus clouds frequently develop around Chile and Peru during the austral winter (June through August) and early spring. Winds can sometimes push the clouds inland, where these low cloud formations are often blocked by coastal mountains and hills, such as the Andes. However, in areas with low valleys – like in the picture above – the clouds are able to move between the hills and mountains.

The above image was captured on July 26, 2015, by the Operational Land Imager (OLI) on the satellite Landsat 8. It shows marine stratocumulus clouds filling the canyons through which the Yauca and Acarí rivers empty into the Pacific Ocean. Researcher Ralf Hesse has used remote sensing to study this phenomenon, finding that the fog in the valleys pictured here generally moves along the flanks of mountains at a top elevation of 910 meters. Assuming that the cloud layer extends downward for at least a few hundred meters, it creates the “lomas” zone were conditions are very favorable for plant growth, given the constant moisture.

This unique cloud type and ecological result can be found in these areas of South America given the exact right oceanic and atmospheric conditions. It goes to show how much of a balancing act it can be for an environment to exist in sustainable conditions.