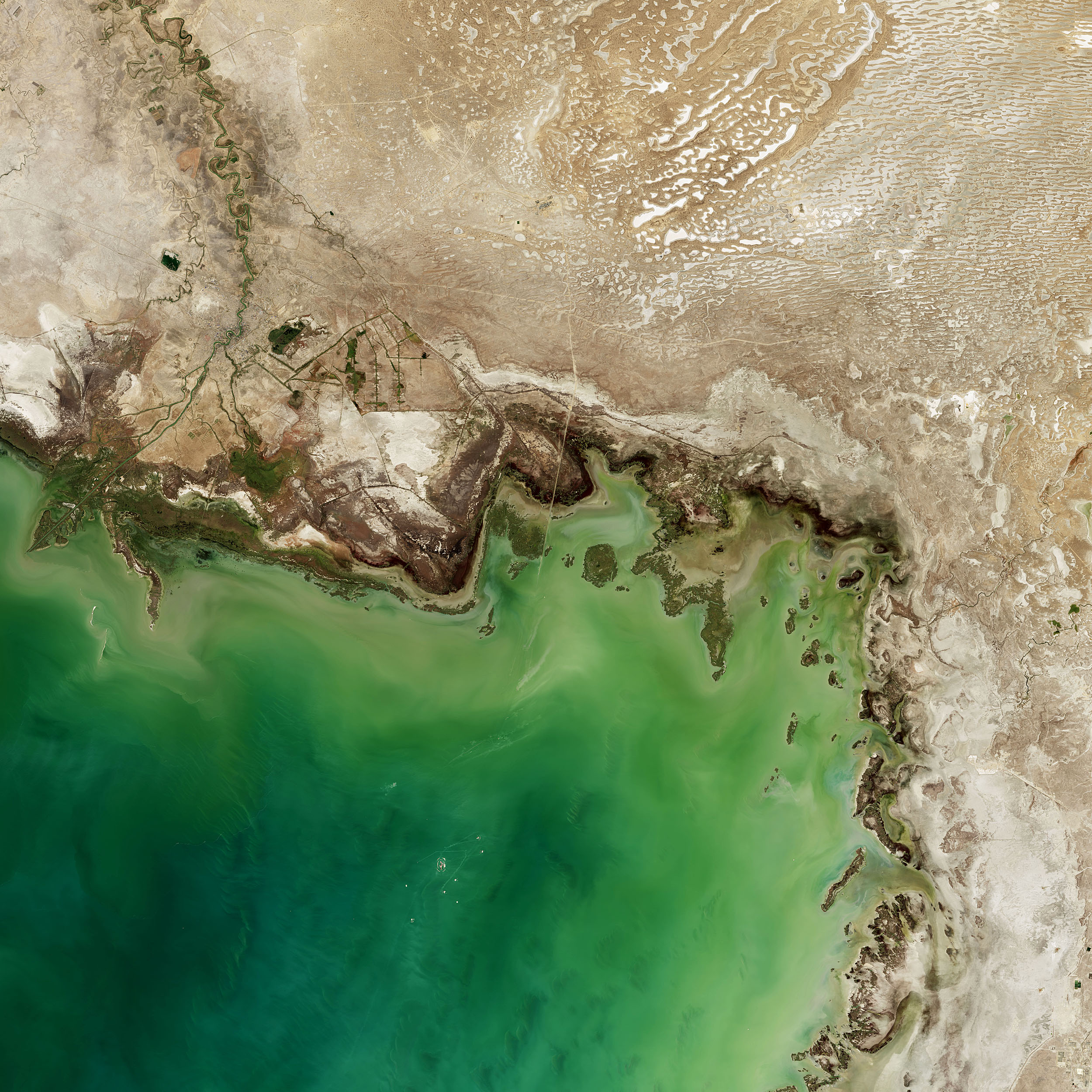 Conditions at the Kashagan gas and oil field — the largest oil field discovered in several decades — are far from ideal. Temperatures around the northern Caspian Sea range from -40 degrees Celsius (-40 degrees Fahrenheit) in the winter to 40 degrees Celsius (104 degrees Fahrenheit) in the summer. Frigid winters and shallow water make this part of the Sea particularly prone to freezing over. Thick layers of ice build up around Kashagan for five months, and water levels vary markedly throughout the year. Kashagan Gas And Oil Field, Kazakhstan is one of the largest.

Then there is the oil and gas itself. The reserves are quite deep (about 4.5 kilometers or 2.7 miles below the surface) and stored at high pressures (770 pounds per square inch or 5,309 kilopascals), which adds extra layers of engineering complexity. While geologists estimate that about 13 billion barrels of oil and gas are recoverable, large quantities of hydrogen sulfide—a toxic, corrosive, and explosive gas—are mixed in with the natural gas. Straight out of the well, Kashagan’s gas contains about 17 percent hydrogen sulfide. At concentrations that high, just a few breaths can prove lethal for workers.

Despite the obstacles, a consortium of oil companies has spent upwards of $50 billion on one of the most complicated and ambitious oil extraction efforts ever attempted. Since conventional fixed or floating drilling rigs cannot operate in the shallow, icy waters, oil companies instead built several artificial islands from rock and concrete to serve as mounts for drilling equipment. They also built larger “hub islands” for housing equipment and workers, and underwater berms to protect the infrastructure from waves and ice. They brought in special icebreaking ships and tug boats that could operate in shallow water. And they laid down a network of underground pipes to transport the gas and oil between the artificial islands and a large processing plant onshore. NASA’s view. Kashagan Gas And Oil Field, Kazakhstan

The infrastructure is captured in these images of Kazakhstan acquired by the Operational Land Imager (OLI) on Landsat 8 on September 20, 2015. In the top image, the pipeline connecting the offshore facilities to a land-based processing facility at Karabatan runs in a southwesterly direction. On land, the pipeline stands above ground, but the pipes run underground from the shoreline to the offshore infrastructure. In the detailed (lower) image, several smaller drilling islands are located around larger hub islands and protected by narrow, curved reef-like structures. Several sediment plumes are visible, possibly caused by ship wakes or by currents flowing around underwater infrastructure.

Despite the investment in Kashagan, companies have struggled to get the oil and gas to market. After more than two decades of construction, operators had to shut the facility down in 2013 (just a month after bringing it online) because workers spotted plumes of gas rising from the underground piping. Subsequent inspections found cracks in the pipes caused either by poor welding or by corrosion from the hydrogen sulfide. Managers expect the facility will start producing gas and oil at full capacity in 2017 after the pipes have been replaced, according to media reports.