Phytoplankton bloom in the Black Sea 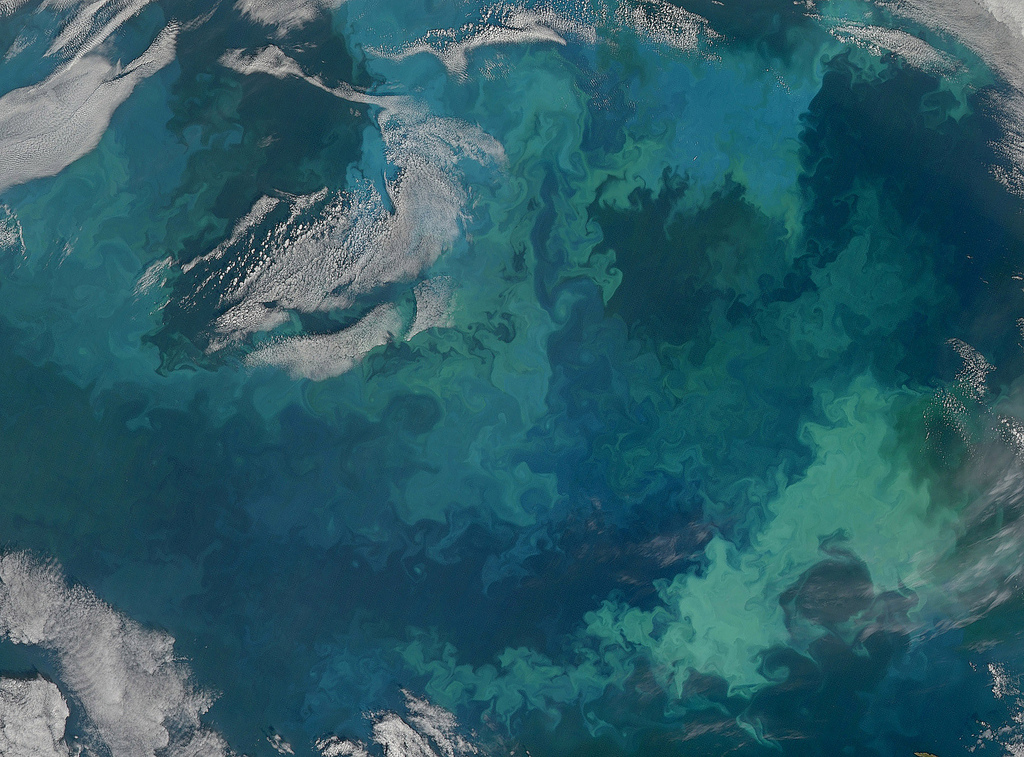 Phytoplankton bloom in the Black Sea, they are tiny  microscopic plants. Also they form the base of the food web in marine ecosystems; they are consumed by zooplankton, or microscopic animals, which in turn are eaten by variety of fish, whales, and birds. A large population or bloom was occurring in the Black Sea.

Although it blooms such as this one are fed by the upwelling of nutrients, which can occur when currents beneath the surface reach the coastline and are forced to the surface, carrying minerals towards the surface. Phytoplankton are poised to rapidly exploit this temporary resource, growing very rapidly under such conditions. However, as nutrients are depleted, the blooms die and decay.

According to the World Wildlife Fund, there are 77 species (and subspecies) of fish living in the Black Sea. The region suffers from numerous environmental issues, including overfishing, urbanization along the coastline, industrial pollution, and the construction. Also the hydroelectric projects that restrict movement and disrupt habitat. Therefore images such as this one can be used to assess water quality by using the ratio of reflectance.