Phytoplankton Bloom in the North Sea and the Skagerrak • Earth.com

Phytoplankton Bloom in the North Sea and the Skagerrak 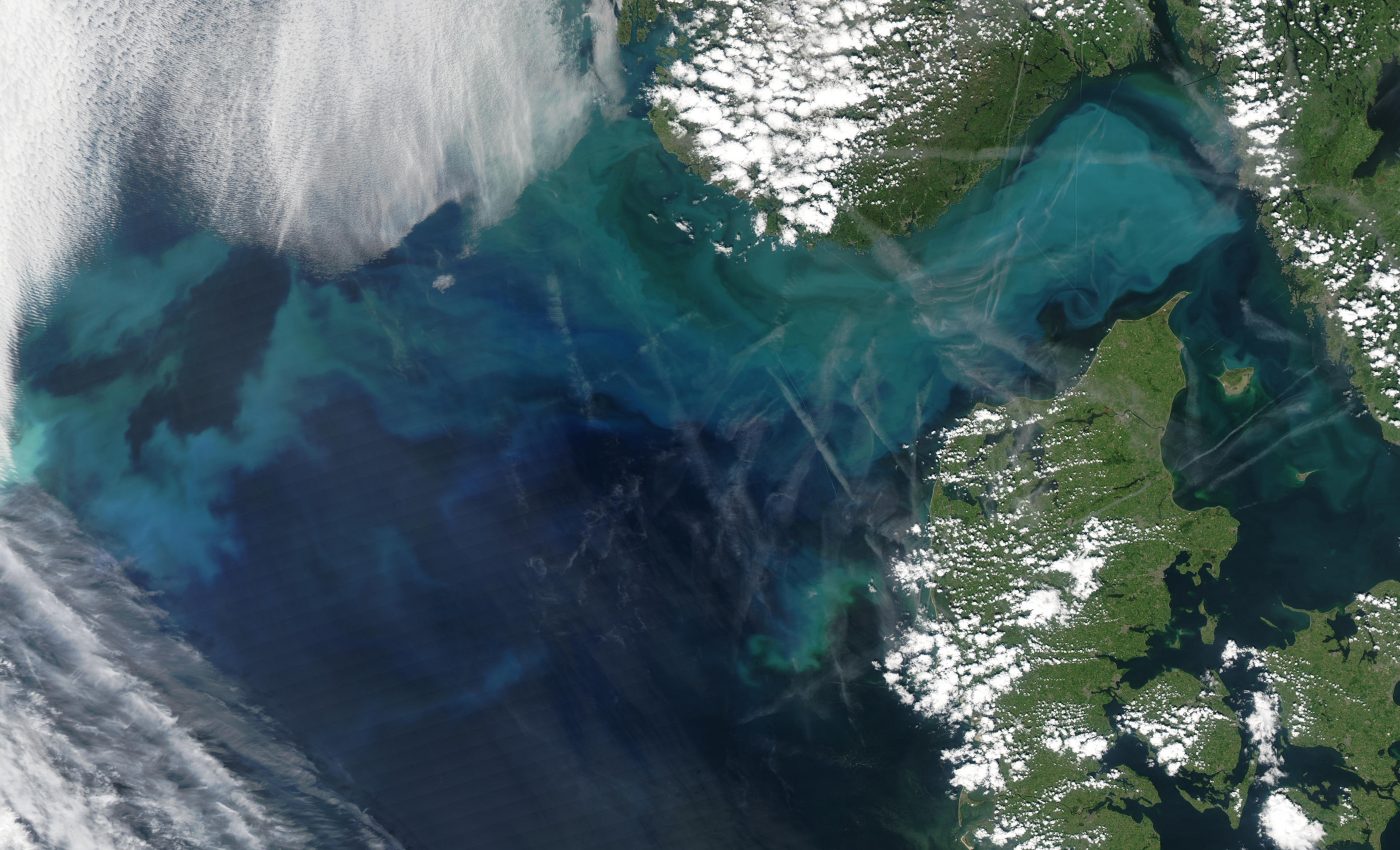 Also visible in this image are a number of streaky airplane contrails crossing the Skagerrak and North Sea. Contrails are thin ice clouds that form in the exhaust of planes high up in the atmosphere. The contrails fade over just a few hours, but the number of them apparent in this image gives an idea of just how common plane traffic is. This image was acquired on June 27, 2003.

The meaning of Skagerrak is most likely the Skagen Channel/Strait. Skagen is a town near the northern cape of Denmark (The Skaw). Rak means ‘straight waterway’ (compare the Damrak in Amsterdam); it is cognate with ‘reach’.The ultimate source of this syllable is the Proto-Indo-European root *reg-, ‘straight’. Rak means ‘straight’ as in ‘straight ahead’ in both modern Norwegian and Swedish. “Råk” in modern Norwegian refers to a channel or opening of water in an otherwise ice covered body of water. There is no evidence to suggest a connection with the modern Danish word rak (meaning rabble or riff-raff). Another possibility is that the Skagerrak was named by Dutch seafarers, in the same way the adjacent Kattegat got its name