Fires in Utah and Arizona 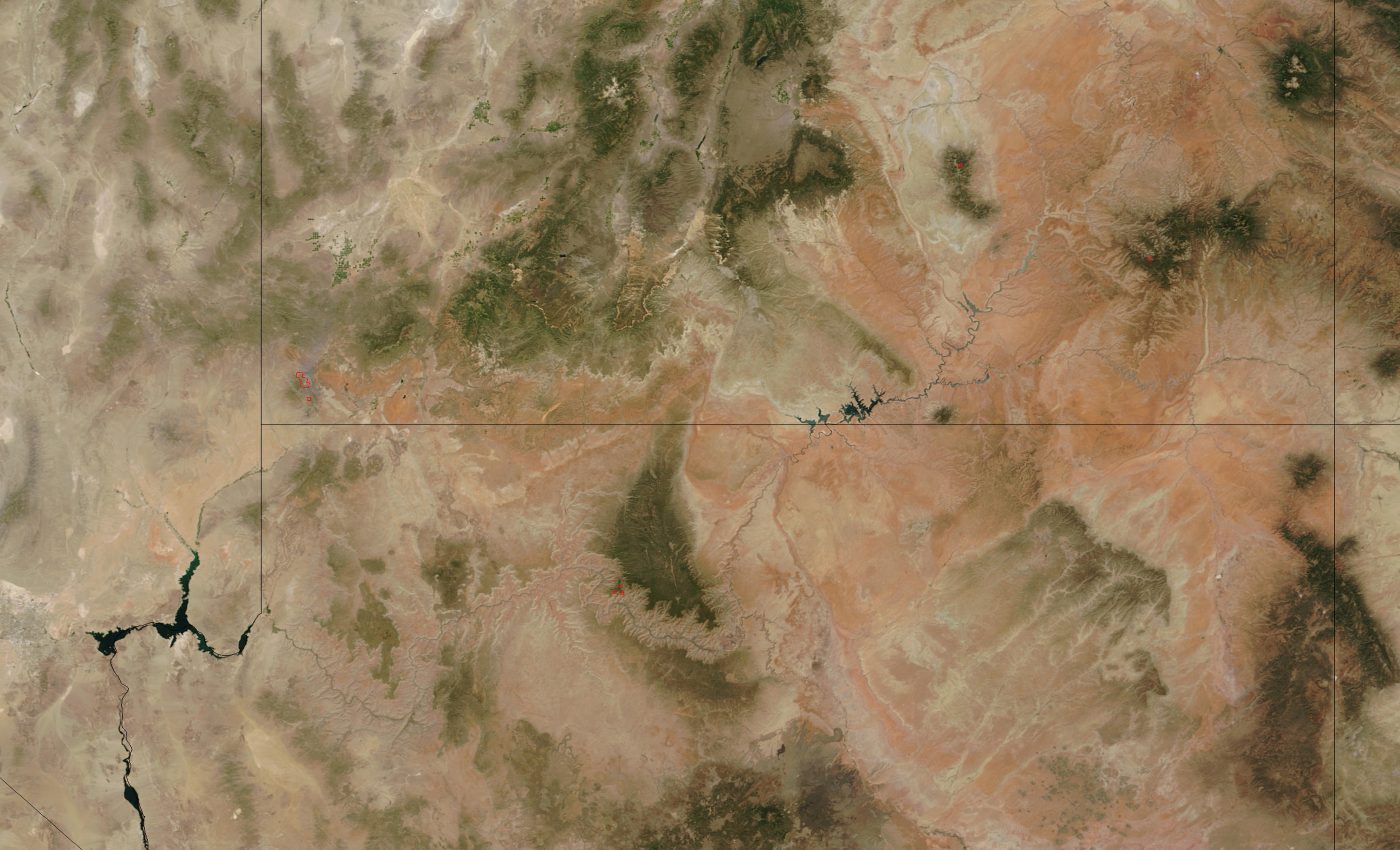 These images from the Moderate Resolution Imaging Spectroradiometer (MODIS) on the Aqua and Terra satellites show a handful of fires burning in Arizona (bottom) and Utah (top). In Arizona, the Powell Fire is burning on the North Rim of the Grand Canyon. In the southwest corner of Utah, the Apex Fire has burned more than 30,000 acres, and is 35 percent contained. All fire detections are marked with is a state in the western United States. It became the 45th state admitted to the U.S. on January 4, 1896. Utah is the 13th-largest by area, 30th-most-populous, and 11th-least-densely populated of the 50 United States. Utah has a population of more than 3 million according to the Census estimate for July 1, 2016. Urban development is mostly concentrated in two areas. Also the Wasatch Front in the north-central part of the state, which contains approximately 2.5 million people; and Washington County in Southern Utah, with over 160,000 residents. Utah is bordered by Colorado to the east, Wyoming to the northeast, Idaho to the north, Arizona to the south, and Nevada to the west. It also touches a corner of New Mexico in the southeast.

Approximately 62% of Utahns are reported to be members of the Church of Jesus Christ of Latter-day Saints (LDS Church), making Utah the only state with a majority population belonging to a single church. This greatly influences Utahn culture, politics, and daily life. The LDS Church’s world headquarters is located in Salt Lake City red dots.