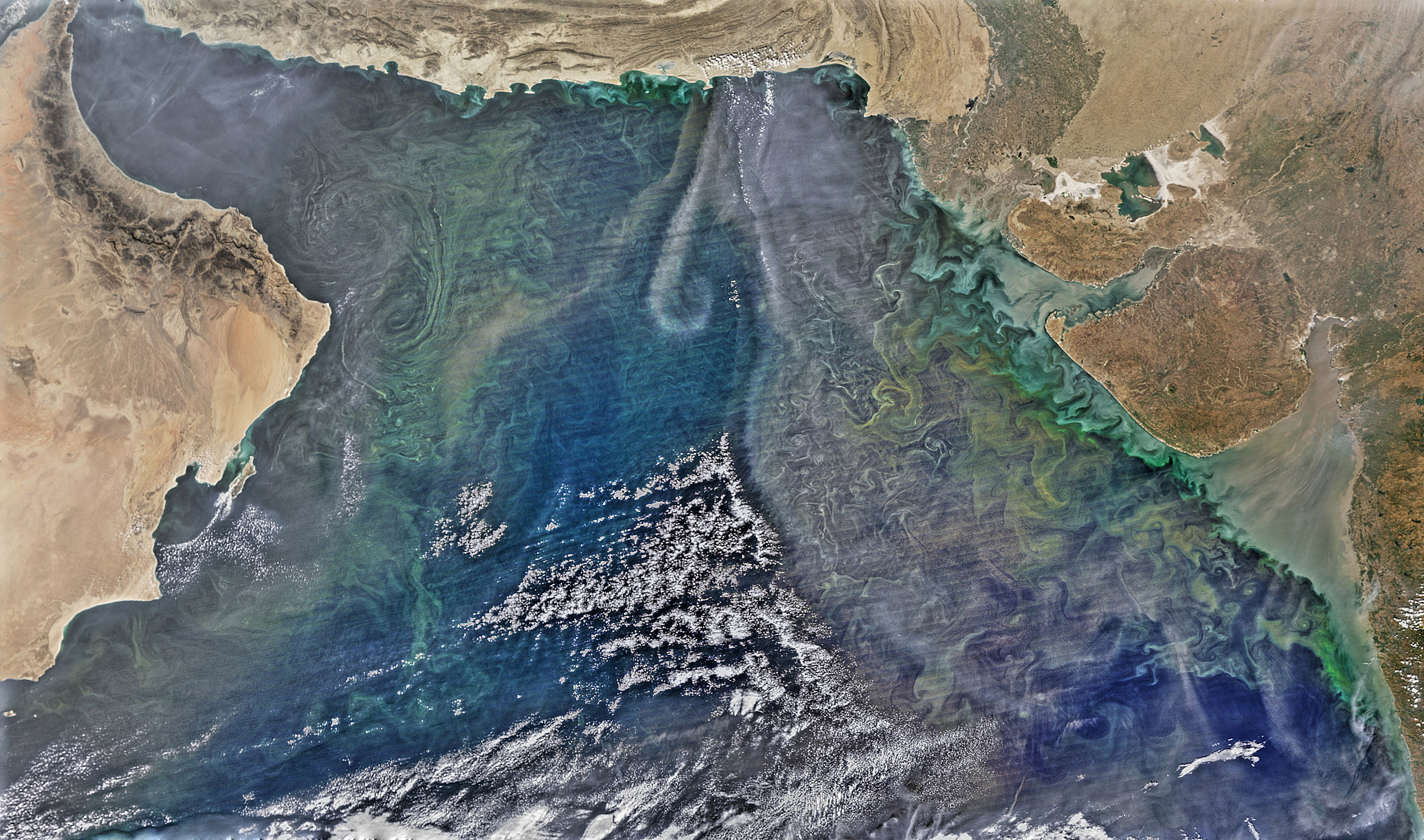 On December 21, 2015, the Visible Infrared Imaging Radiometer Suite (VIIRS) on the Suomi NPP satellite acquired this image of a bloom off of Oman (left), Pakistan (center), and India (right). The image was composed with data from the red, green, and blue bands from VIIRS, in addition to chlorophyll data. A series of image-processing steps were then applied to highlight color differences and bring out the bloom’s more subtle features.

Blooms show up this time of year in the Arabian Sea because of the winter monsoon. Winds shift from southwesterly to northeasterly, stirring up currents that bring nutrients up from the depths and out from coastal tributaries. The change in wind direction also picks up dust from the arid lands of southwestern Asia, carrying it out over the sea. This dust contains mineral nutrients that phytoplankton need to fuel their growth.

Dust storms help fertilize the ocean. They move nitrate, phosphate, and iron from the land into ocean surface waters around the world. Research published in October 2014 found that winter blooms in the Arabian Sea could occasionally be attributed to the nutrients received from dust storms like this one.