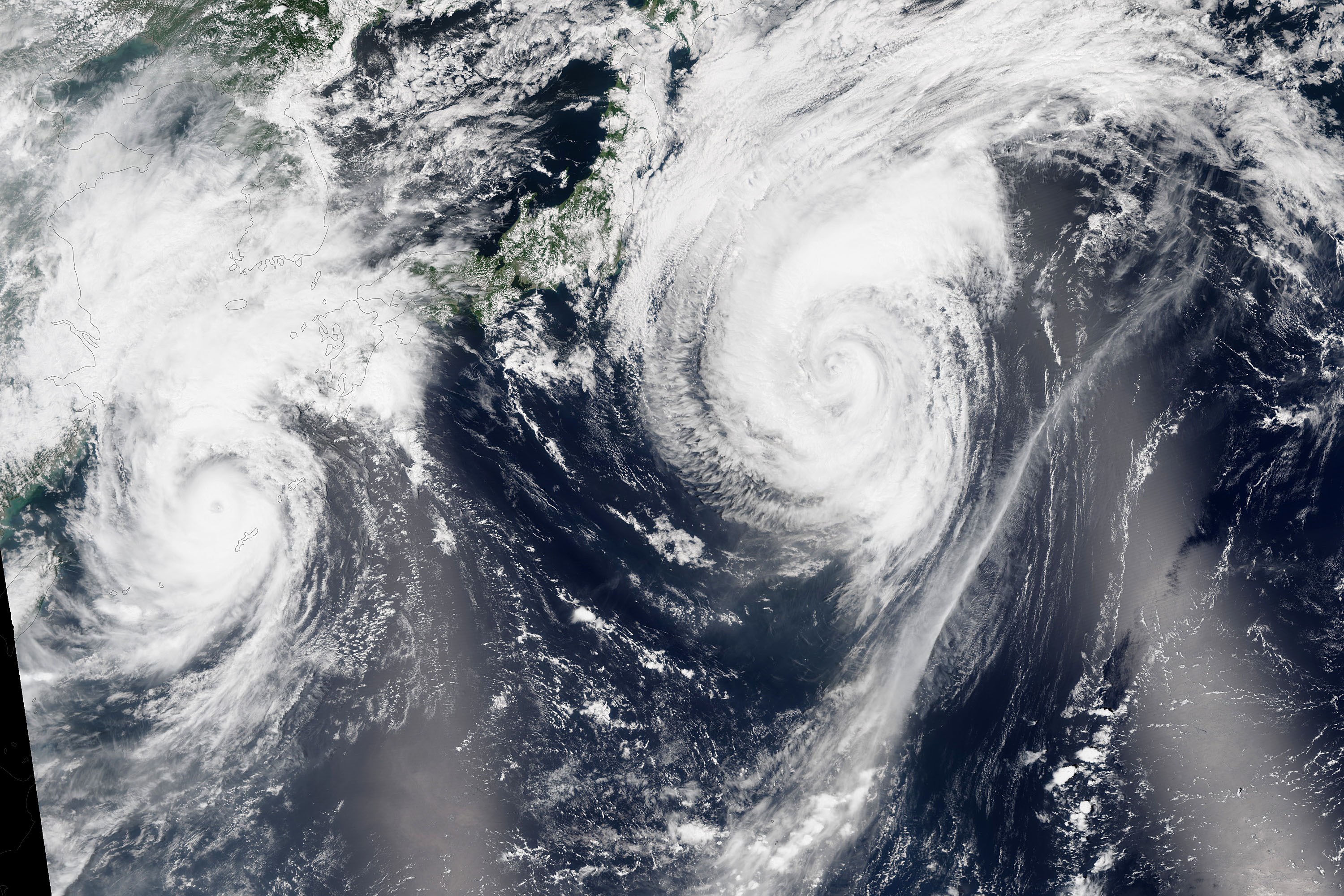 Typhoons in the western North Pacific can happen at any time of year, but activity tends to pick up during the summer months. In August 2015, the ninth and tenth typhoons of the year spun in the vicinity of Japan…typhoons Goni and Atsani.

This natural-color image mosaic is based on data collected during two orbital passes of the Visible Infrared Imaging Radiometer Suite (VIIRS) on Suomi NPP. The instrument captured Typhoon Goni, visible to the west, at 0410 Universal Time (1:10 p.m. local time) on August 24, 2015. It captured Typhoon Atsani, visible to the east, less than two hours earlier at 0230 Universal Time (11:30 a.m. local time).

A tropical cyclone is called a typhoon if the storm is located in the Northwest Pacific Ocean—west of the dateline—and has maximum sustained winds of at least 119 kilometers per hour (74 miles per hour). When this image was acquired, Typhoon Goni was a Category 3 storm with maximum sustained winds of 204 kilometers (127 miles) per hour; Typhoon Atsani was a Category 1 storm with winds measuring 120 kilometers (75 miles) per hour, according to UNISYS.

When these images were acquired, Typhoon Goni had already lashed the Philippines, killing at least 19, according to news reports. Its westward path then turned north, first moving over the southern Japanese islands and then toward the Japanese mainland. Typhoon Atsani, which had previously reached the status of super typhoon, initially tracked toward Japan before turning east-northeast over the Pacific where it ultimately weakened to a tropical storm.

A typhoon was not the only natural hazard confronting people on the Japanese island of Kyushu. An evacuation advisory was issued (and later lifted) due to the possibility of an eruption of Sakurajima volcano. According tonews reports, four small eruptions were observed on August 23.