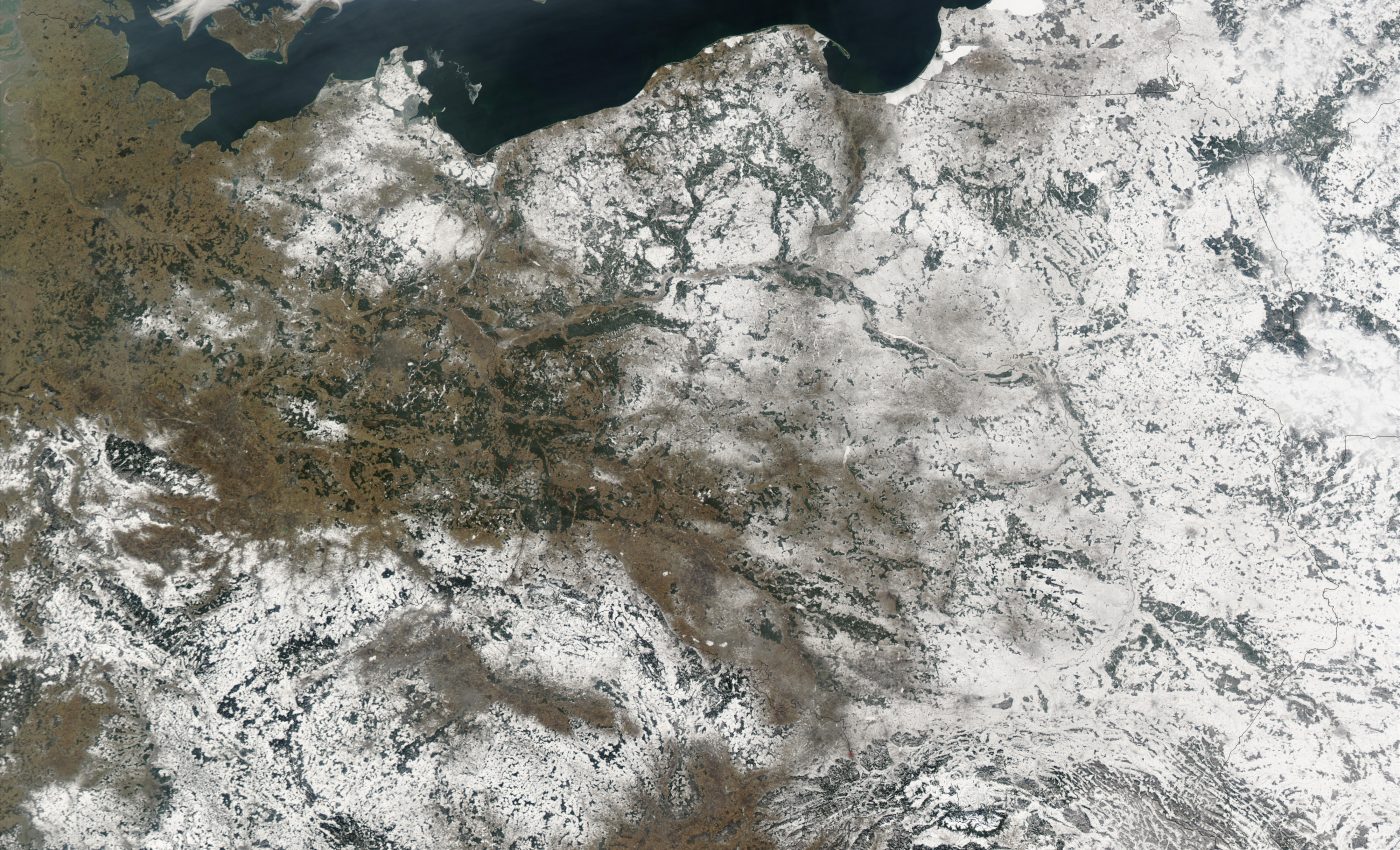 Snow dusts Poland and its neighbors in this true-color Aqua MODIS image from February 25, 2003. MODIS also detected a number of fires in the scene, all of which are marked in red. Countries shown are (clockwise from top left) Denmark, Sweden, Lithuania, the Russian Federation, Belarus, the Ukraine, Poland, Slovakia, the Czech Republic, and Germany.

The history of human activity on Polish soil spans almost 500,000 years. Throughout the Iron Age it became extensively diverse, with various cultures and tribes settling in what was then East Germania. However, it was the Western Polans who dominated the region and gave Poland its name. The establishment of the first Polish state can be traced to AD 966, when Mieszko I, ruler of the realm coextensive with the territory of present-day Poland, converted to Christianity. The Kingdom of Poland was founded in 1025, and in 1569 it cemented its longstanding political association with the Grand Duchy of Lithuania by signing the Union of Lublin. This union formed the Polish–Lithuanian Commonwealth, one of the largest (1,000,000 square kilometres (390,000 sq mi)) and most populous countries of 16th and 17th century Europe, with a uniquely liberal political system which adopted Europe’s first written national constitution, the Constitution of 3 May 1791.