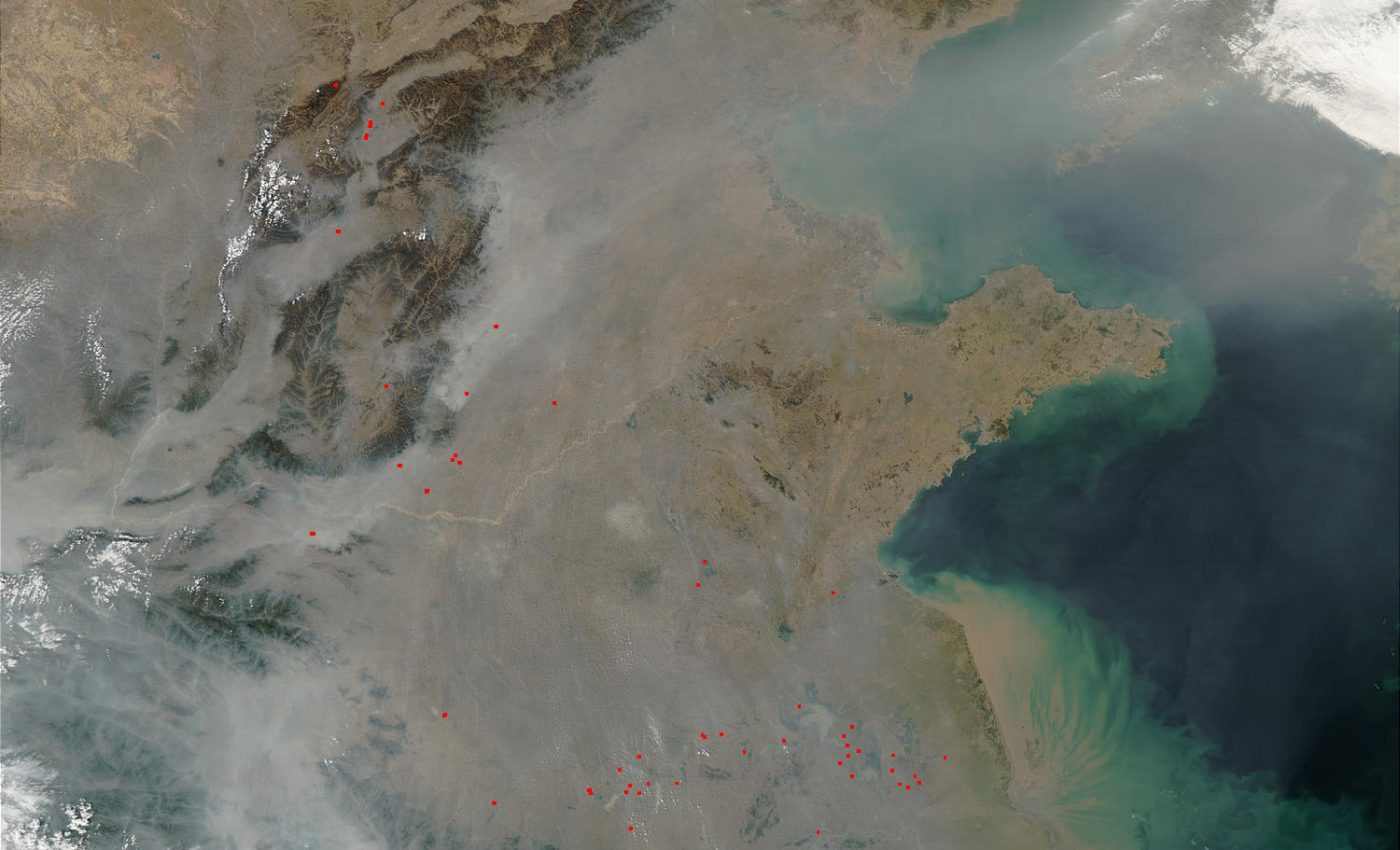 Pollution Over East China. This true-color image over eastern China was acquired by the Moderate Resolution Imaging Spectroradiometer. Taken on Oct. 16, 2002. The scene reveals dozens of fires burning on the surface (red dots) and a thick pall of smoke and haze. (greyish pixels) Therefore filling the skies overhead. Notice in the high-resolution version of this image how the smog fills the valleys and courses around the contours of the terrain in China’s hilly and mountainous regions.

The terrain higher in elevation is less obscured by the smog than the lower lying plains and valleys in the surrounding countryside. This scene spans roughly from Beijing (near top center) to the Yangtze River. Which is the mouth of which can be seen toward the bottom right.

Toward the upper right corner, the Bo Hai Bay is rather obscured by the plume of pollution blowing eastward toward Korea and the Pacific Ocean. Toward the bottom right, the Yangtze River is depositing its brownish, sediment-laden waters into the Yellow Sea.

New climate studies have found that aerosol pollution. Therefore the Pollution Over East China it is  containing large amounts of black carbon (soot) particles are causing changes in precipitation and temperatures over China and may be at least partially responsible for the tendency toward increased floods and droughts in those regions over the last several decades. (Click to read the NASA press release.)