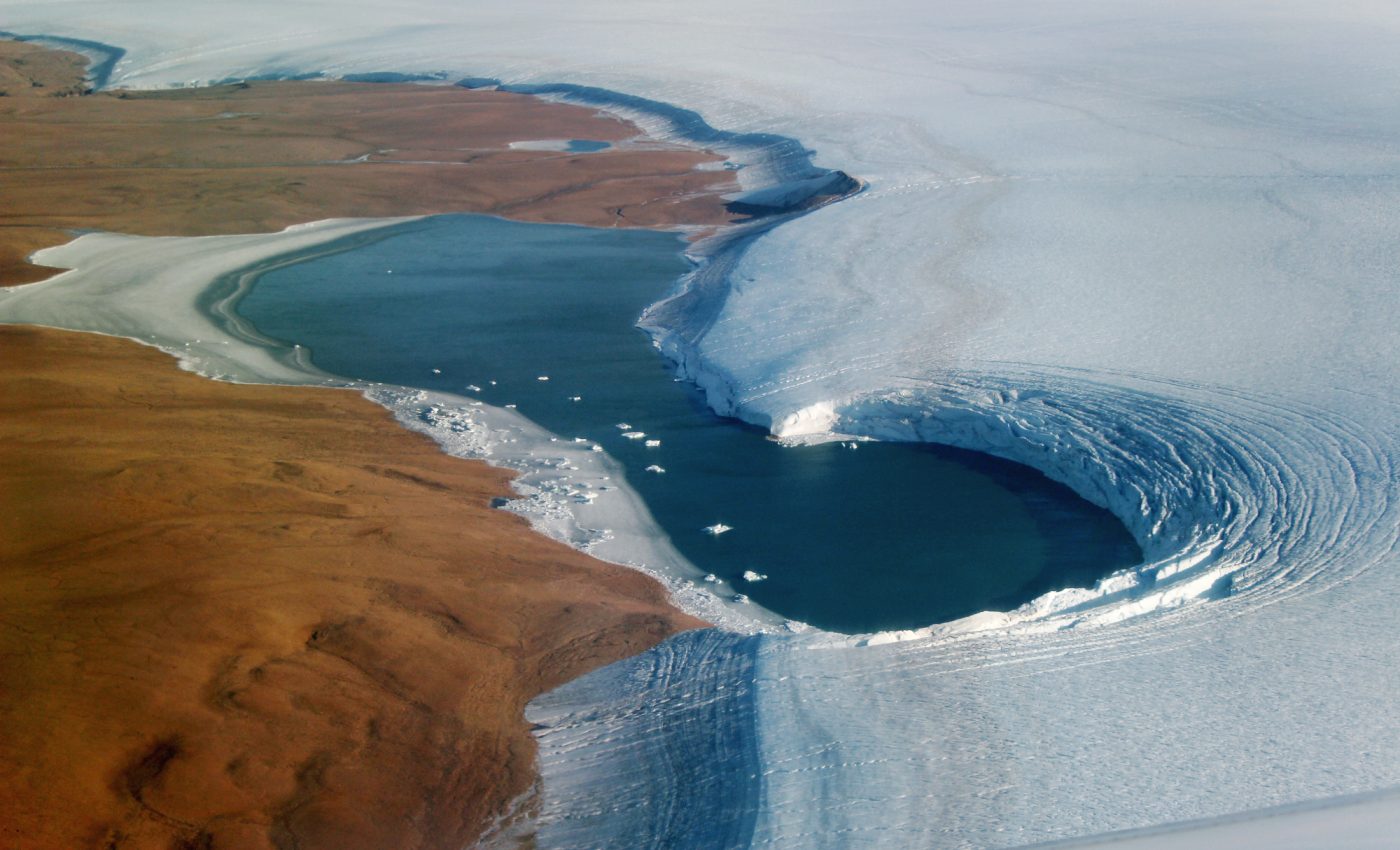 The water is also bordered by Washington Land, a deglaciated peninsula that appears reddish-brown.

“We get to observe the ice surface along the margin without last winter’s snowfall on top, as is usually the case during our spring campaigns,” wrote IceBridge project scientist Joe MacGregor. “That’s both scientifically valuable and – admittedly – often more visually compelling.”

The Humboldt Glacier borders the Kane Basin in North West Greenland. Its front is 110 km (68 mi) wide. It has been retreating in the period of observation spanning 1975–2010.

Humboldt Glacier fringes the coast of Peabody Bay from north to south. The McGary Islands lie off the glacier at the southern end of the bay.

Humboldt Glacier (Danish: Humboldt Gletscher) is one of the major glaciers in northern Greenland.

The glacier is named after German naturalist Alexander von Humboldt and is the widest tidewater glacier in the Northern Hemisphere.