Russia’s stunning Bay of Whales from above • Earth.com

Russia’s stunning Bay of Whales from above 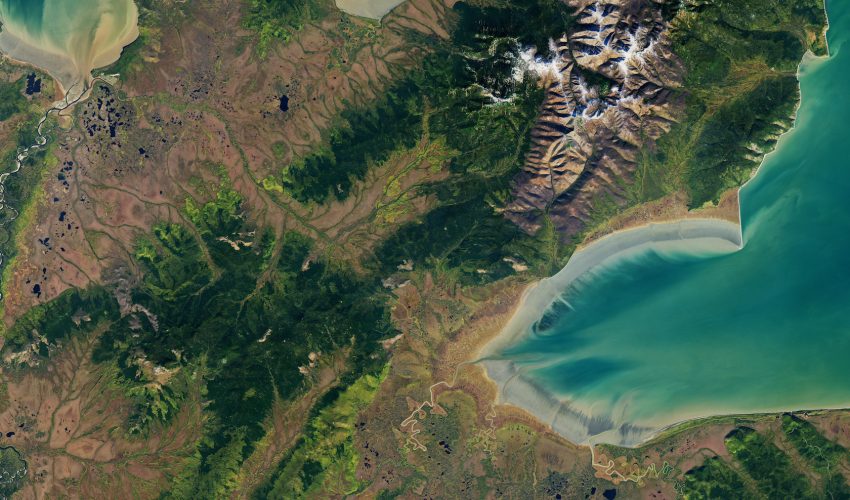 Today’s Image of the Day comes courtesy of the NASA Earth Observatory and features a look at Russia’s Bay of Whales. The photo was taken by the Operational Land Imager (OLI) onboard the Landsat 8 satellite.

Though its real name is Urbanski Bay, the Bay of Whales gets its nickname from the wide variety of whales that frequent its waters. During the summer, the bay is a popular feeding ground for both bowhead and orca whales. Beluga whales have also been known to swing by for a bite, hunting herring and smelt closer to the coast.

While there certainly is a lot of action in the water, outside on land the area is mostly uninhabited by humans.

Russia (Russian: Росси́я, tr. Rossiya, IPA: [rɐˈsʲijə]), officially the Russian Federation, is a country in Eastern Europe with a vast expanse of territory that stretches across Northern Asia. At 17,125,200 square kilometres (6,612,100 sq mi),it is the largest country in the world by area, covering more than one-eighth of the Earth’s inhabited land area, spanning eleven time zones, and bordering 18 sovereign nations. About 146.79 million people live in the country’s 85 federal subjects (including the disputed Crimea and Sevastapol) as of 2019, making Russia the ninth most populous nation in the world and the most populous nation in Europe. Russia’s capital and largest city is Moscow; other major urban areas include Saint Petersburg, Novosibirsk, Yekaterinburg, Nizhny Novgorod, Kazan and Chelyabinsk.