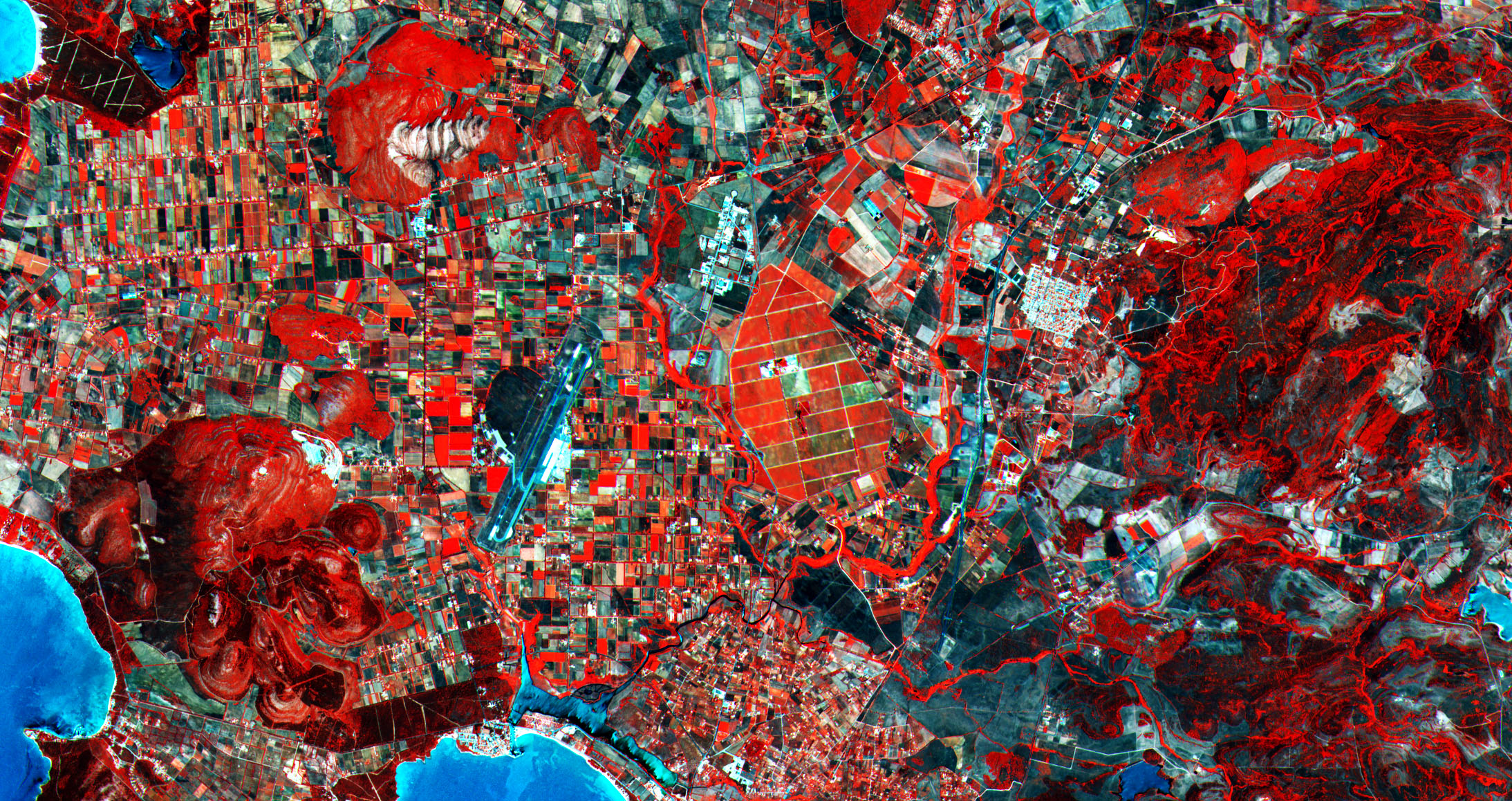 This image over part of the Italian island of Sardinia comes from the very first acquisition by the Sentinel-2A satellite. Also Northwest Sardinia has a very wide spread of area and land. Shown on the imaging from a NASA view.

Launched in the early hours of 23 June, the ‘colour vision’ mission for Europe’s Copernicus programme delivered its first image of Earth on 27 June, which covered a 290 km-wide strip from Sweden down to Algeria – including part of Sardinia.

The area pictured covers a section of the island’s northwestern Sassari province, with parts of the coast visible along the left side and bottom. Agricultural fields dominate the inland, with a large area of vineyards at the centre of the image.

While the satellite mission will provide optical data for land monitoring, its main instrument has 13 spectral bands. This false-colour image was processed including the instrument’s near infrared spectral channel – which explains why plants in the area pictured appear red.

The varying shades of red and other colours across the entire image indicate how sensitive the multispectral instrument is to differences in chlorophyll content. This is used to provide key information on plant health and, for this image, the brighter reds indicate healthier vegetation.

In the lower left section, we can see a large hilly area with significant vegetation – indicated by the red colouring. However, a bright white/light-blue section of this area shows where the hills have been cut into for surface mining.

In some areas, the agricultural fields appear outlined in red as well. This comes from the presence of hedges, which may have been planted to protect the crops from wind. Such hedges provide a habitat for smaller animal species and birds, so even small-scale habitat monitoring can be performed by Sentinel-2.

Other visible features in this image include the Alghero-Fertilia Airport just left of the centre, and the port of Fertilia directly to its south. Near the port, the waters of a lagoon appear different compared to the waters of the sea to its south, because of the difference in chemical composition. This first acquisition by the satellite already demonstrates Sentinel-2’s application for monitoring inland and coastal waters.