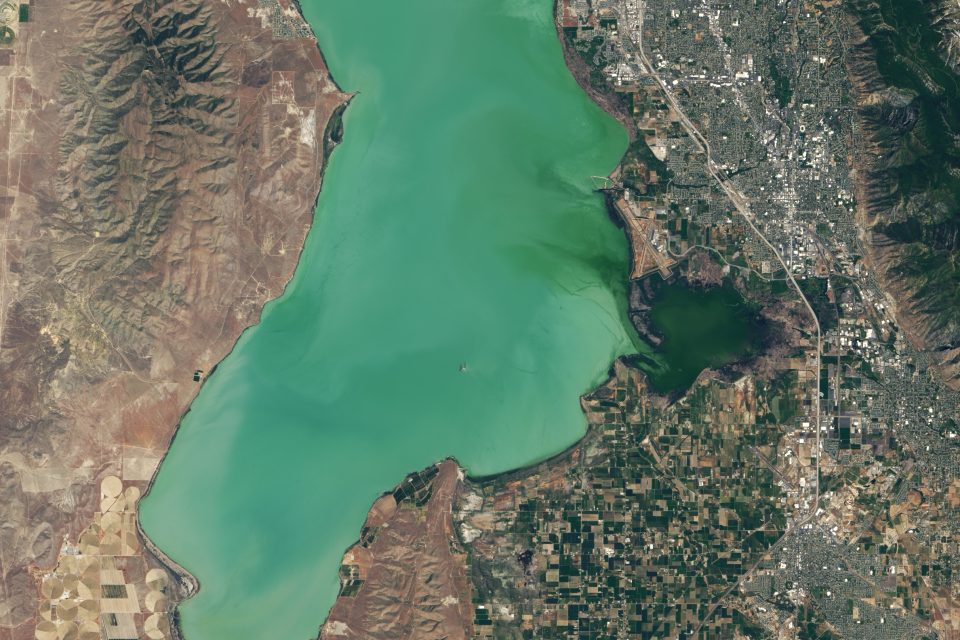 Satellite images help with early detection of algal blooms. Today’s Image of the Day from NASA Earth Observatory features Utah Lake on June 20, 2017, as an abundance of chlorophyll-a appeared in the water.

A sharp increase in chlorophyll-a levels indicates that a body of water has accumulated a large amount of algae and other plant-like organisms.

In a NASA-funded case study published in the journal GeoHealth, scientists found that the early detection of harmful algal blooms can lead to substantial economic savings.

The experts used a chlorophyll map of Utah Lake that was developed with satellite data and imagery from the European Space Agency’s Sentinel-3 mission. Satellite images help with early detection of algal blooms

The map provided early detection and warnings that came days earlier than would have been possible using other methods, which provided a measurable benefit for communities around Provo, Utah.

The chlorophyll map used for the study is a product of the Cyanobacteria Assessment Network (CyAN), a multi-agency project that analyzes satellite data to detect the presence of certain types of harmful algae in the freshwater lakes and rivers of the United States.

CyAN is led by the Environmental Protection Agency and also includes NASA, the National Oceanic and Atmospheric Administration, and the U.S. Geological Survey.

The study authors compared the outcome of using the chlorophyll map to traditional methods for detecting algal blooms. They estimate that the advance warning saved $370,000 in costs to the local community.