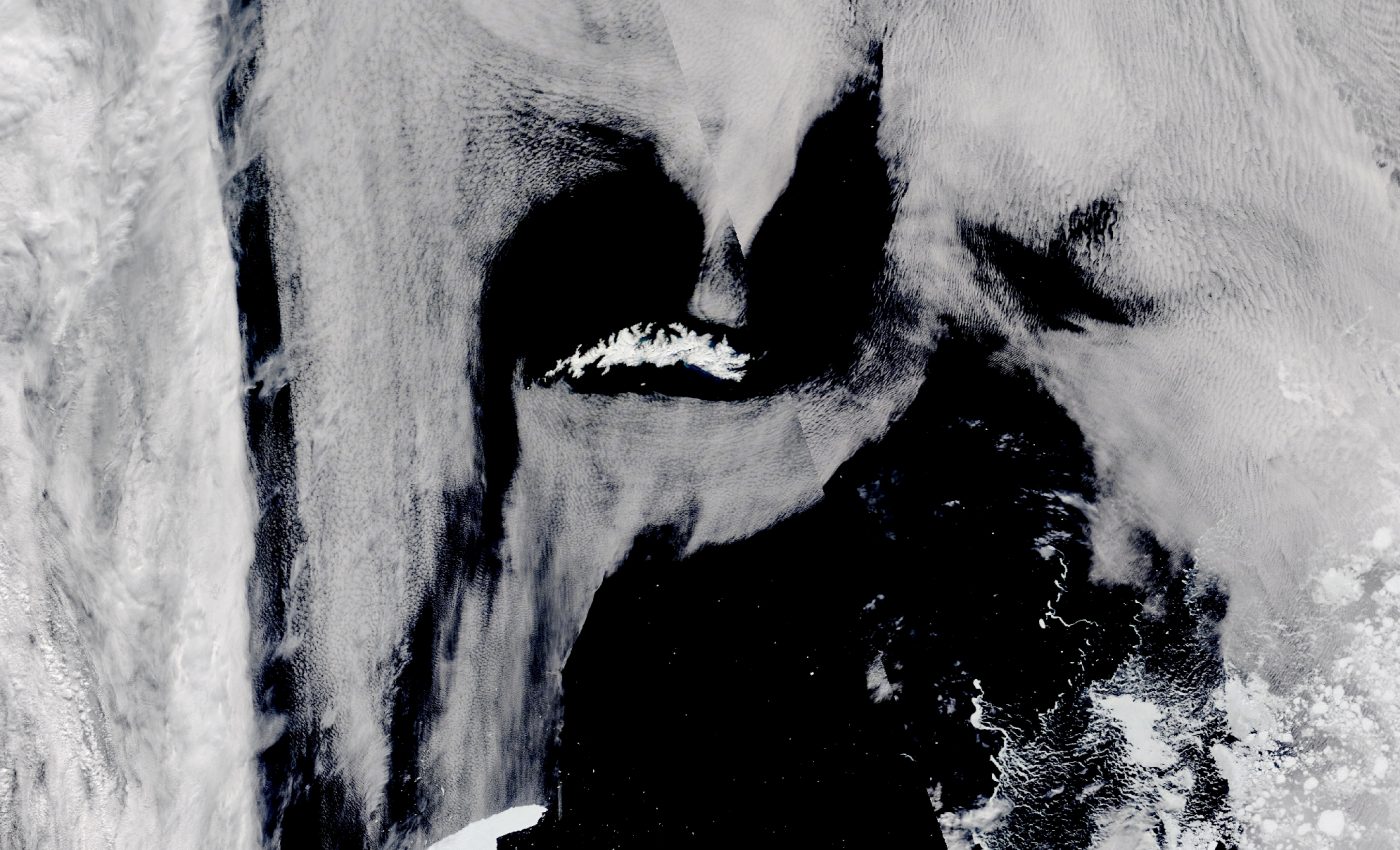 Today’s Image of the Day from NASA Earth Observatory features the world’s largest iceberg, which broke free from the Larsen C Ice Shelf on the Antarctic Peninsula in July of 2017.

According to NASA, the iceberg is now drifting toward South Georgia, a remote island in the southern Atlantic Ocean.

Over the last three years, A-68A has drifted in a northward direction past the tip of the Antarctic Peninsula into “Iceberg Alley.”

David Long, an expert at Brigham Young University, said that more than 90 percent of all Antarctic icebergs are swept along this path from the Weddell Sea toward the South Atlantic Ocean. “Most just don’t survive the journey from the Weddell to South Georgia,” said Long.

Media reports suggest that there could be a collision with the island, or that the iceberg could become stuck in the shallow waters before it reaches South Georgia. Either scenario may cause problems for the local wildlife, particularly if the iceberg blocks the foraging routes of penguins and seals.

“The currents and eddies are probably too chaotic to really make a prediction about where it will go and how fast it will get there besides some average component of north-east over the next few months,” said Christopher Readinger of the U.S. National Ice Center (USNIC). “The recent news about it seems to be expecting that it will ground at South Georgia. I’m not so sure.”

Long added that the historical precedent suggests the iceberg is likely to pass just south of South Georgia.

“If it is close enough to the island, it could get caught in the vortex in ocean currents to the east of the island and be pulled back toward the island by counter currents, much as A-22A did more than a decade ago,” said Long. “If, however, it passes far enough to the south, it will miss the counter-current, the vortex, and probably keep heading east-northeast.”

The image was captured on November 5, 2020 by the Moderate Resolution Imaging Spectroradiometer (MODIS) on NASA’s Terra satellite.