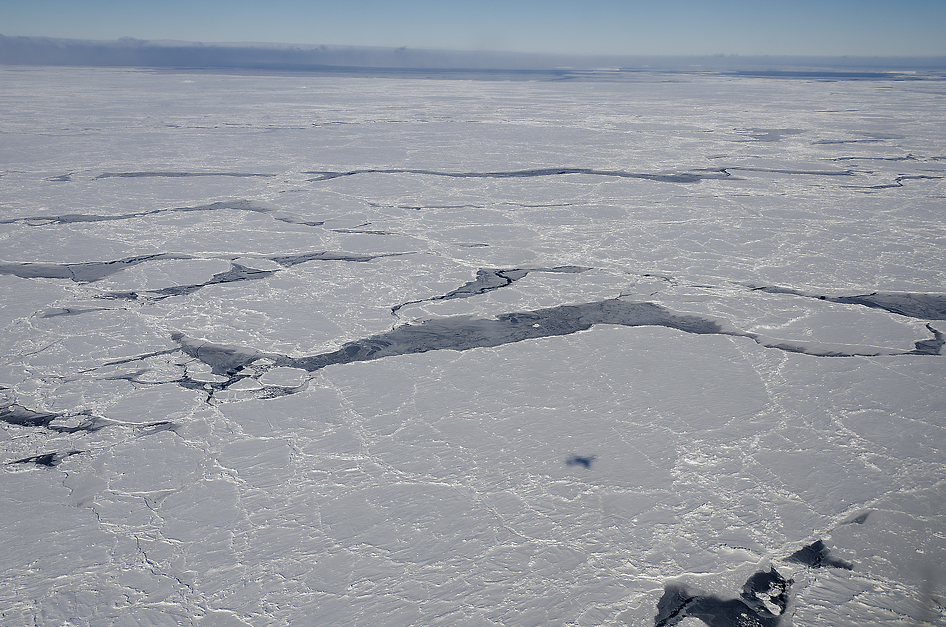 Sea ice in the Bellingshausen Sea, Antarctica, seen from NASA’s DC-8 aircraft flying at 1,500 ft above ground. Note shadow of the DC-8 in the center of the image for scale. Credit: NASA/Michael Studinger

The Bellingshausen Sea is an area along the west side of the Antarctic Peninsula between 57°18’W and 102°20’W, west of Alexander Island, east of Cape Flying Fish on Thurston Island, and south of Peter I Island (there the southern Vostokkysten). In the south are, from west to east, Eights Coast, Bryan Coast and English Coast (west part) of West Antarctica. To the west of Cape Flying Fish it joins the Amundsen Sea.
Bellingshausen Sea has an area of 487,000 km2 (188,000 sq mi) and reaches a maximum depth of 4.5 kilometers (2.8 mi). It contains the undersea plain Bellingshausen Plain.