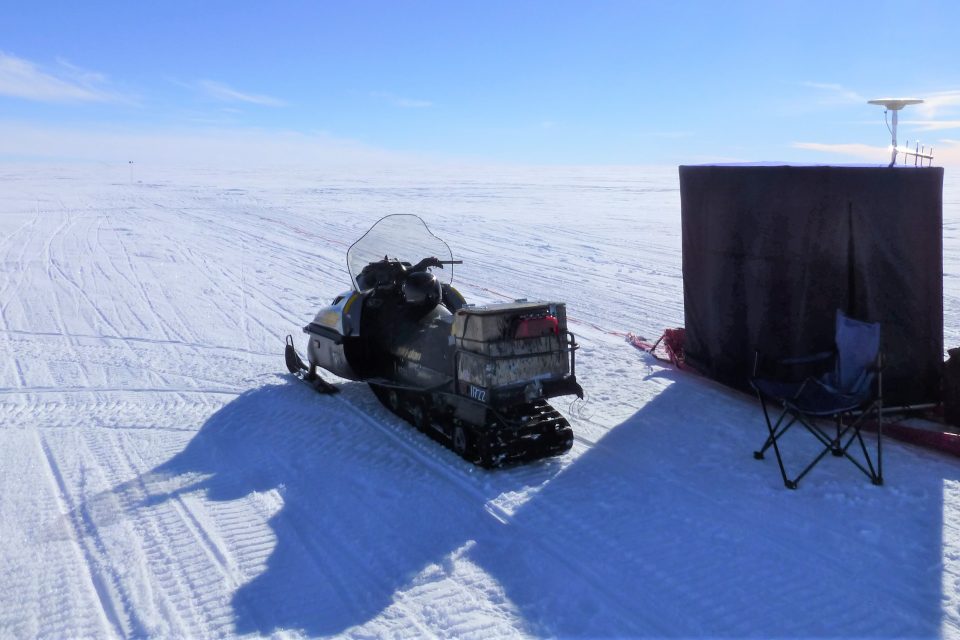 A large patch of ice in West Antarctica is gaining ice and thickening, which is just the opposite of a growing trend of ice loss in the area. A team of experts led by the University of Washington (UW) is gaining new insight into activity across this region after discovering a 5,700-year-record of the glacier’s behavior produced by a volcano under the ice sheet.

Hidden in the middle of the ice sheet, the track indicates that the current thickening activity will not likely last or affect the glacier in the long term. The record also implies that similar clues to the past may be available deep inside the ice sheet.

“What’s exciting about this study is that we show how the structure of the ice sheet acts as a powerful record of what has happened in the past,” said first author Nicholas Holschuh, a UW postdoctoral researcher in Earth and Space Sciences.

Mount Resnik is a mile-high inactive volcano that currently sits under 0.19 miles of ice. The volcano is located close to the thickening Kamb Ice Stream, which flowed quickly in the past but stalled over a century ago. This left the region’s ice to drain through four other major ice streams, a transition that glaciologists theorize may happen every few hundred years.

“The shutdown of Kamb Ice Stream started long before the satellite era,” said Holschuh. “We need some longer-term indicators for its behavior to understand how important this shutdown is for the future of the region’s ice.”

When Conway noticed some mysterious missing layers, he asked his colleagues to investigate.

“It wasn’t until we had spent probably six months with this data set that we started to piece together the fact that this thing that we could see within the ice sheet was forming in response to the subglacial volcano,” said Holschuh.

The study authors believe that the volcano’s height pushes the relatively thin ice sheet up so much that it changes the local wind fields and affects depositing of snow. As the ice sheet passes over the volcano, there is a section that missed out on a few annual layers of snow.

The UW researchers have found previously that rapid retreat occurred at the edge of the ice sheet until about 3,400 years ago. The volcano track also shows a thinning of the ice at about this time.

“It means that the interior of the ice sheet is responding to the large-scale climate forcing from the last glacial maximum to today,” said Holschuh. “So the long-timescale climatic forcing is very consistent between the interior and the coast, but the shorter-timescale processes are really apparent in the coastal record but aren’t visible in the interior.”

“These persistent tracers of historic ice flow are probably all over the place. The more we can tease apart the stories of past motion told by the structure of the ice sheet, the more realistic we can be in our predictions of how it will respond to future climate change.”