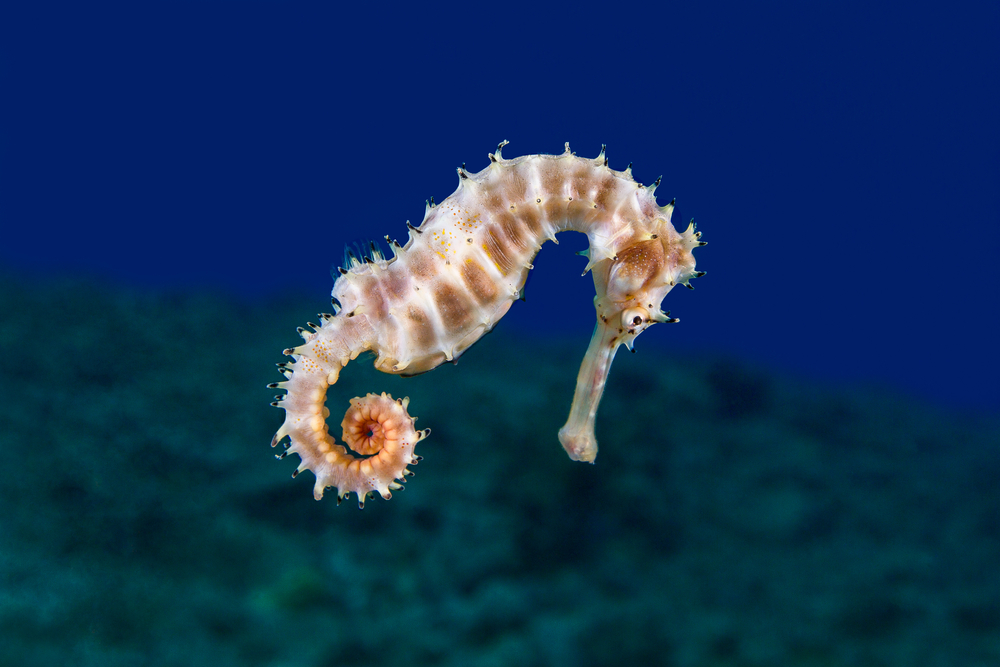 Tens of millions of seahorses are killed by humans yearly. This seahorse slaughter is the result of the production of Asian traditional medicine, used prevalently in Taiwan, Hong Kong, Vietnam, and China. In Chinese traditional medicine, seahorses are ground into a powder or dried and eaten as a “cure” for everything from kidney disease to baldness.

Amanda Vincent, a Canadian marine biologist and founder of Project Seahorse, estimates that over 20 million seahorses are consumed each year as traditional medicine. Others end up as lifeless decorations on jewelry or stuck in aquariums. Unfortunately, the United States happens to be the world’s top buyer for the pet trade. Data from CITES, the international monitor of wildlife trade, indicates that more than 630,000 seahorses were imported into the U.S. from 2004 to 2014.

Vincent, who also chairs the seahorse expert group of the Switzerland-based International Union for Conservation of Nature, believes “It’s a race between the conservation ethos and the rape-and-pillage ethos.” Essentially, the fate of the seahorse population will ultimately be decided between which of these two groups can have the greatest impact. Luckily, the legal export seahorse trade has been greatly reduced around the world, but illegal fishing continues to be the biggest cause of seahorse slaughter.

Paul Ferber, a British conservationist who lives on Ach Seh off of Cambodia, says, “The seahorse faces an enormous variety of threats.” He studies these seahorses in an attempt to protect its environment against the threats of illegal trawlers, crab traps, and divers who specificly target seahorses and related species.

Illegal trawlers from neighboring Vietnam drag miles-long nets with mesh so fine that creatures even smaller than seahorses are trapped. If they are equipped with electrified nets, they can even stun and collect living organisms burrowed in the seabeds.

Experts are hesitant in making predictions about the possibility of extinction for any of the 41 seahorse species, but they agree that many populations are in retreat. Paul Ferber’s group, Marine Conservation Cambodia, is supported chiefly by the International Conservation Fund of Canada. They patrol a roughly 80 square kilometer area off of Ach Seh where illegal fishing was decimating seahorse populations. Thanks to their efforts, illegal fishing in the area has dropped off dramatically.

Despite the roadblocks Ferber and his group have run into with the lack of cooperation from the police and government in preventing illegal fishing, he remains optimistic. Along with decreasing illegal fishing in their area, his group also established a small study area where they’ve seen a significant increase in the seahorse population. Ferber says, “It’s created a haven for seahorses. It’s small, but proves that a place can revive.” Hopefully, continued efforts will create larger and more numerous havens for seahorses across the globe.