Smoke Over The Mid-Atlantic 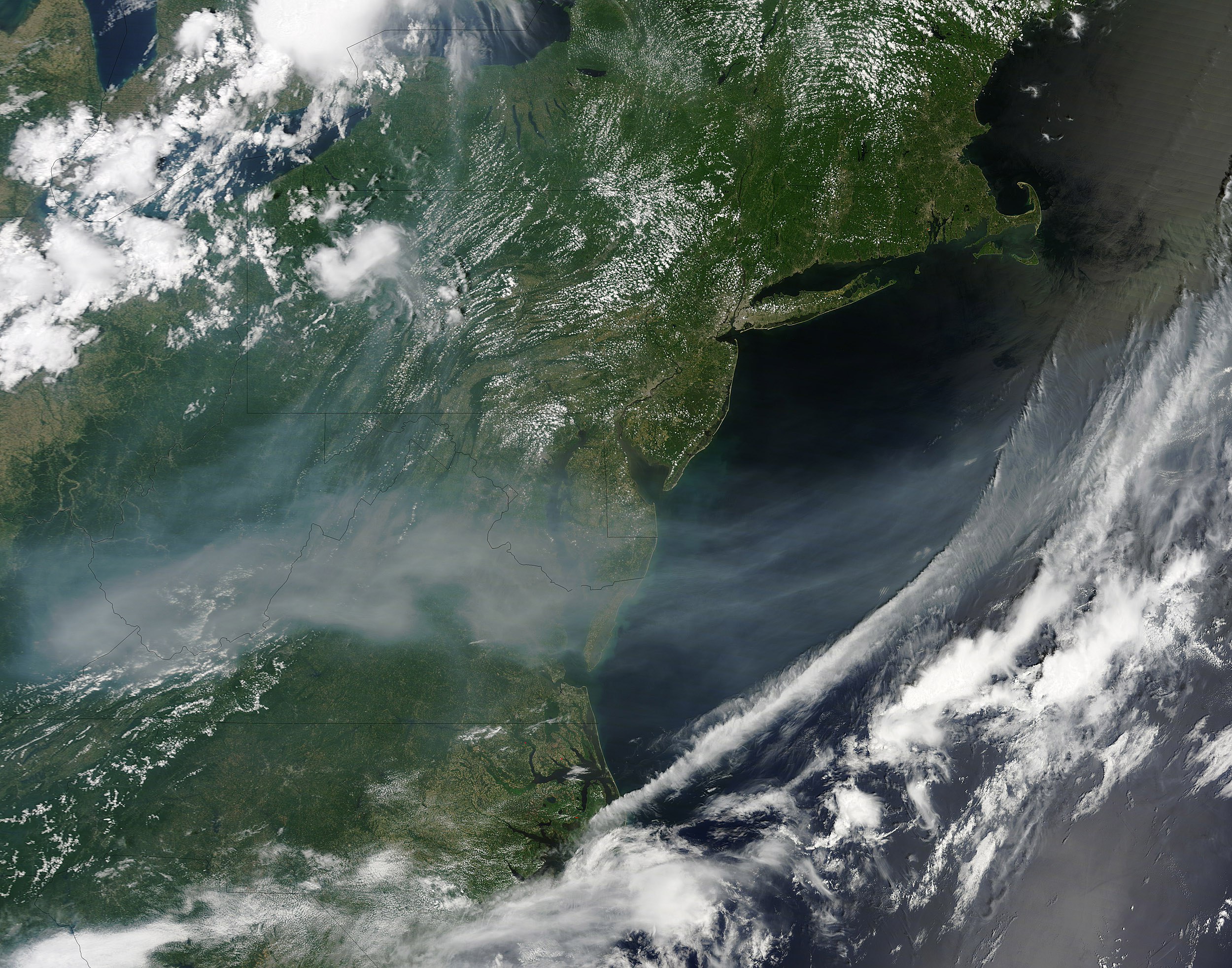 Smoke over the mid-atlantic from wildfires in Canada made its way into the United States. On June 10, 2015, the Moderate Resolution Imaging Spectroradiometer (MODIS) on NASA’s Terra satellite captured this natural-color view of the smoke plume as it passed over the Mid-Atlantic region.

The Mid-Atlantic, comprising the Middle Atlantic states or the Mid-Atlantic states, is a region of the United States generally located between New England and the South Atlantic portion of the Southeastern States. Its exact definition differs upon source (with some definitions overlapping parts of the Northeastern and Southeastern States), but the region usually includes New York, New Jersey, Pennsylvania, Delaware, Maryland, Washington, D.C., Virginia, and West Virginia. When discussing climate, Connecticut is sometimes included in the region, since its climate is closer to the Middle Atlantic states than the New England states. The Mid-Atlantic has played an important role in the development of American culture, commerce, trade, and industry.

In the late 19th century, it was called “the typically American” region by Frederick Jackson Turner. Religious pluralism, particularly in Maryland, which was the only Catholic-majority colony of the original Thirteen Colonies. Euro-Americans of Mid-Atlantic society have their ancestral origin from its settlement by Dutch, Swedes, English Catholics, and Quakers through to the period of British rule, and beyond to the current day. After the American Revolution, the Mid-Atlantic region hosted each of the historic capitals of the United States, including the current federal capital, Washington, D.C.