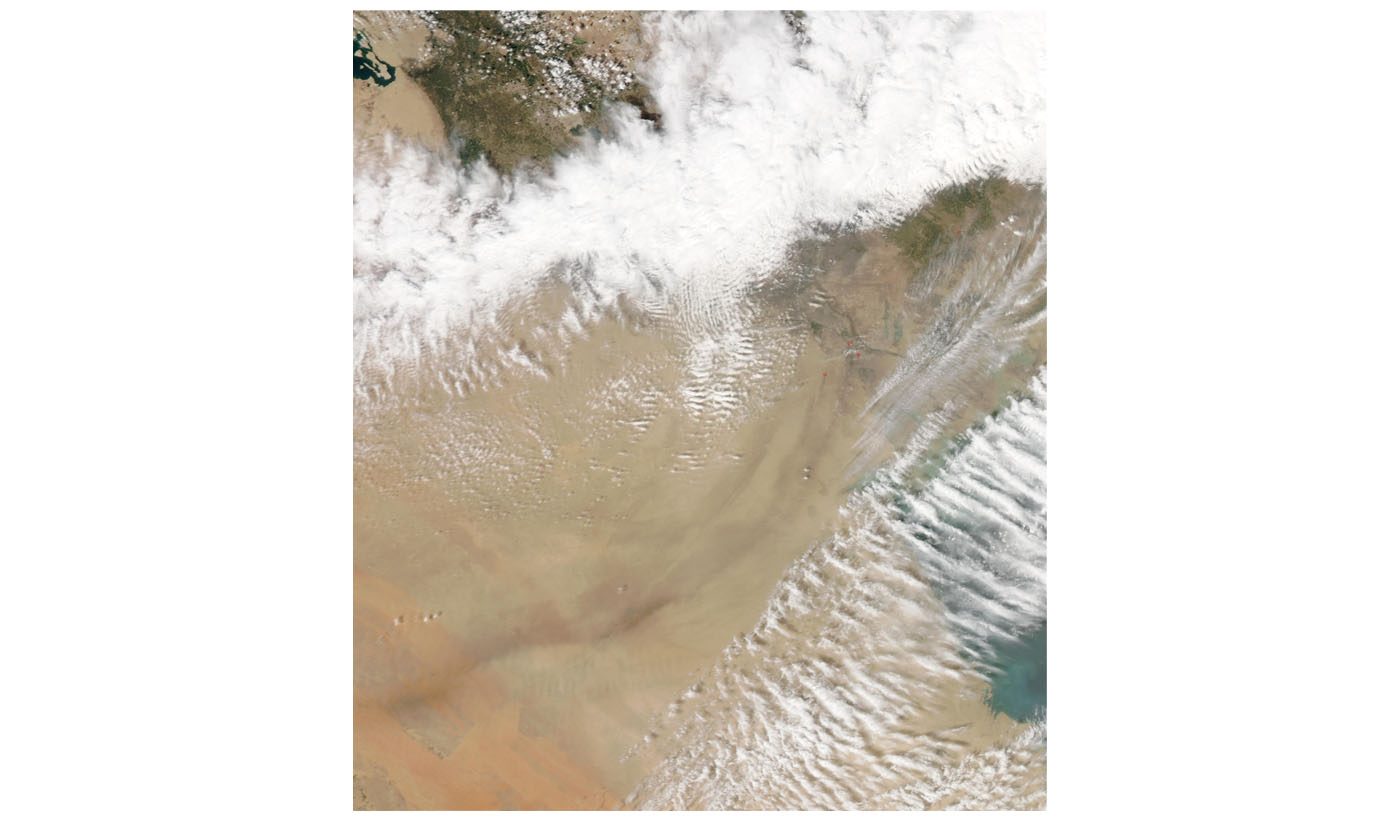 Smoke Plume from Burning Oil Wells in Southern Iraq. On Saturday, March 22, 2003, the Moderate Resolution Imaging Spectroradiometer (MODIS) on the Aqua satellite captured this image of probable oil fires in southern Iraq producing plumes of black smoke that trailed southwestward over the deserts of Saudi Arabia. Thermal signatures are marked with red dots.

Iraq is a country in Western Asia, bordered by Turkey to the north, Iran to the east, Kuwait to the southeast, Saudi Arabia to the south, Jordan to the southwest and Syria to the west. The capital, and largest city, is Baghdad. Iraq is home to diverse ethnic groups including Arabs, Kurds, Chaldeans, Assyrians, Turkmen, Shabakis, Yazidis, Armenians, Mandeans, Circassians and Kawliya. Around 95% of the country’s 37 million citizens are Muslims. Also with Christianity, Yarsan, Yezidism and Mandeanism also present. The official languages of Iraq are Arabic and Kurdish.
Iraq has a coastline measuring 58 km (36 miles) on the northern Persian Gulf and encompasses the Mesopotamian Alluvial Plain, the northwestern end of the Zagros mountain range and the eastern part of the Syrian Desert. Two major rivers, the Tigris and Euphrates, run south through Iraq and into the Shatt al-Arab near the Persian Gulf. These rivers provide Iraq with significant amounts of fertile land.